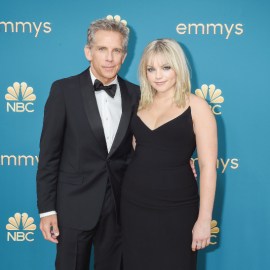 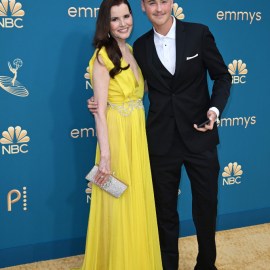 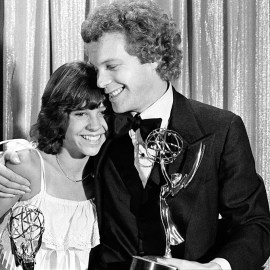 On Friday, Tina Knowles Lawson posted a gorgeous photo of granddaughter Blue Ivy Carter in celebration of her 10th birthday. On such a happy day, we can’t help but note how grown up the tween is — where did that little girl we’ve seen on the red carpet with Beyoncé and Jay-Z go?

Related story These Celebrity Kids Are Making Their Mark in Music

The image shows Lawson standing on the beach at sunset next to Blue Ivy with both of them dressed in chic black-and-white outfits. It’s hard to believe that the tween is almost as tall as her grandmother, she grew so much over the last few years. Lawson wrote a beautiful tribute to her oldest grandchild that shows what a close relationship they have. “My beautiful Talented and super smart Granddaughter Blue Ivy turned 10 today,” she captioned the stunning photo. “God it seemed like yesterday you came into the world running things.”

It sounds like Blue Ivy was born and raised to be a CEO, who marches to the beat of her own drum, because grandma explained that she came into the world on her own time. “Blue is my little Capricorn Twin,” she continued. “I prayed for her to be born on my birthday but she did what she always does she came when she got good and ready, three days later but we still share the bond. She reminds me that ‘Grandma you are acting just like a Capricorn.'”

The sweetest thing is how much Lawson praised Blue Ivy’s smarts and maturity for a 10-year-old — she sounds wise beyond her years. “Blue gives the best advice like a grown person I sometimes forget that she is so young,” Lawson added. “Blue is one of those rare gifted people that can do everything well! God Blessed me the day you were born! My Sweet , Beautiful Baby Blue. Happy Birthday!” And to think of all that Blue Ivy has accomplished in her first decade (Grammy Award, NAACP Image Award and BET Award), we are ready for her to run the world by 20.