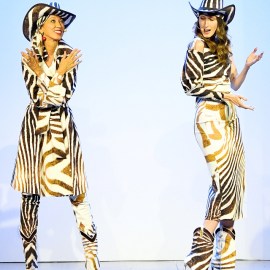 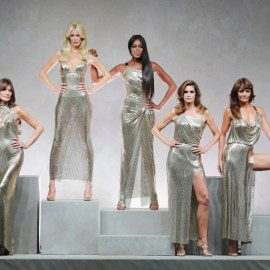 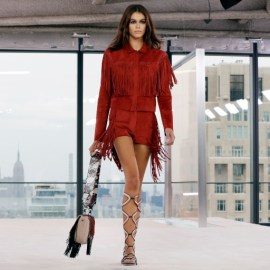 During these frigid winter temperatures, there’s really nothing like hitting the ski slopes and embracing all the seasonal weather to the fullest. While some would rather take a trip to the beach and escape the cold, Paulina Gretzky opted to embrace her inner snow bunny with a trip to Aspen. The 33-year-old daughter of hockey legend Wayne Gretzky posed for a photo with one of her pals during her recent getaway, and rocked a pair of form-fitting SKIMS shapewear for the snapshot.

Posted by her friend Kristina Melnichenko, the Instagram photo featured the two women posing on a brick sidewalk in Aspen — which they practically turned into their own runway. The backdrop was totally picturesque, featuring the wintery wonderland of Aspen in the background. Gretzky smiled at her BFF and fashioned an all-black ensemble complete with baseball cap, winter coat, boots, and SKIMS shapewear.

Gretzky has always been known for her sexy snapshots on social media, so it’s always fun for fans to get a glimpse of the mom of two in a more candid setting. Plus, she’s rocking some threads that a number of models have been sporting recently, too. Even Heidi Klum got a little cheeky while she showed off her love of Kim Kardashian’s SKIMS back in late October. But Gretzky clearly made this look all her own this time around, and we have to say it was a pretty fabulous ensemble ideal for the winter wonderland of Aspen.