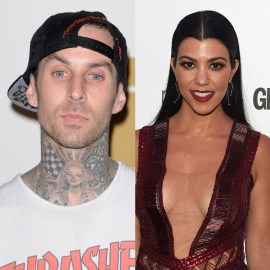 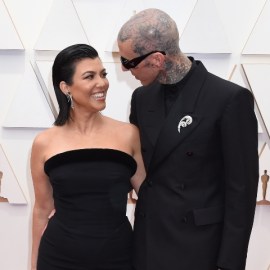 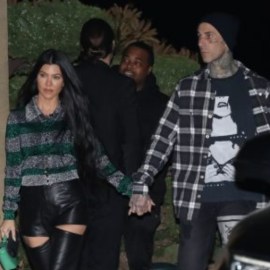 A Look Back at Kourtney Kardashian & Travis Barker’s Life in Photos, From First Encounter to Newlyweds 10 Images

Khloé Kardashian hasn’t said anything publicly about ex Tristan Thompson’s public apology, which is totally understandable given how humiliating the whole situation has been for her. But she is appreciating the kind gesture older sister Kourtney Kardashian and fiancé Travis Barker sent her way in the wake of the NBA player’s paternity confirmation.

The couple sent a bouquet of pale pink roses, which traditionally symbolize grace, sweetness and gentleness — something Khloé could sure use a large dose of after Thompson fathered a child with Maralee Nichols while he was in a relationship with the reality star. Khloé snapped a close-up photo of the beautiful flowers on her Instagram Story and wrote, “My cuties, @travisbarker @kourtneykardash I love you” along with pink heart emojis.

It looks like Khloé appreciates the support her family is providing her right now because this has to be one of her biggest nightmares — and she has to live through it publicly. She has given the athlete more chances than he deserves and he has disappointed her time and time again. Thompson is apparently trying to make his way back into the Kardashian family’s good graces by giving his daughter, True, close to 100 roses when he picked her up from gymnastics class on Monday. It’s not fair to use their child as a pawn for forgiveness.

Thompson has a long road ahead of him because “the Kardashians aren’t taking the news lightly,” according to an Us Weekly source. While the family is “on the road to accepting what he’s done,” the insider revealed that “it will take some time” for everyone to heal from the betrayal. Khloé will likely lean on her sisters to help guide her through the turmoil, but Thompson probably won’t find many allies on the Kardashian side moving forward.