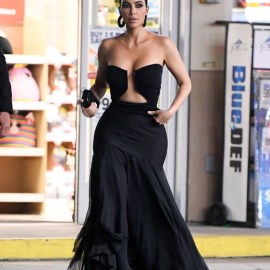 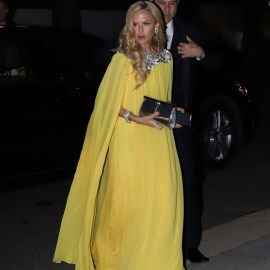 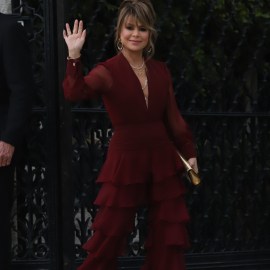 Is there a feud brewing between Kim Kardashian and Miley Cyrus? The answer is a strong maybe after Twitter fan account, @MileyEdition, noticed that sometime between Dec. 10 and Tuesday, Jan. 4, Kardashian unfollowed the singer on Instagram after boyfriend Pete Davidson hosted a New Year’s Eve show with her.

While it seems like Kardashian has nothing to worry about when it comes to the Saturday Night Live star, especially since they are off on a post-holiday vacation in the Bahamas, there’s no denying Cyrus and Davidson have chemistry. So maybe the Skims founder is a little nervous that a 29-year-old pop star might move in on her territory. The “Wrecking Ball” singer did change the lyrics to one of her songs to “It should have been me” while serenading Davidson on The Tonight Show in December — perhaps that might have instigated the rift.

Page Six also reported that Cyrus was seen heading to Davidson’s Staten Island home after making their press rounds. The optics don’t look great in a situation like that, but the responsibility falls on Kardashian’s boyfriend to maintain proper boundaries in their relationship. But then again, does it really matter if she follows Cyrus at all? They don’t usually circle each other’s celebrity orbit other than Davidson’s TV special, so maybe she kept tabs on the singer until the show was over.

Cyrus is still following Kardashian, so if there is a feud, it’s one-sided. Let’s just chalk this up to the fickleness of the social media game, which probably means there’s much ado about nothing — at least on Cyrus’ side.