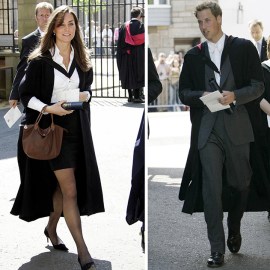 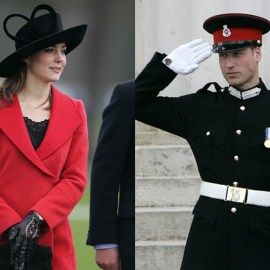 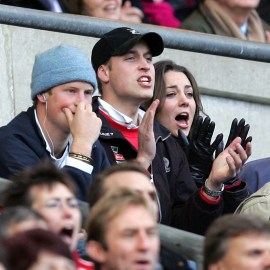 On Twitter in particular, there’s no faster way to start a fire than by mentioning Rose Hanbury, Marchioness of Cholmondeley, former close friend of Kate Middleton, Duchess of Cambridge, and — unfortunately — the rumored mistress of Prince William, Duke of Cambridge and Kate’s (by all appearances) loving husband. Rumors of an affair between William and Hanbury first set Twitter ablaze in 2019, with claims that William had cheated on Kate during her pregnancy with their third child Prince Louis. When a British publication published details of the affair in April, William took immediate legal action against them and sent a warning to other outlets forbidding them from repeating the “false and highly damaging” claims first published in US outlet InTouch — and yes, you’re correct, this was all happening in the same timeline in which Meghan Markle was being told to keep quiet and limit her responses to the media’s unfair and inflammatory stories about her.

While William’s warning to the British media seemed to have sufficiently silenced the press at the time, journalist Alex Tiffin resurfaced the issue on Twitter on Dec. 28, 2021, responding to a Daily Mail editor’s tweet about Prince Harry and Meghan Markle. In his response, he referenced “[William’s] affair with the Rose lassie,” and followed up with: “PS. Injunctions from the High Court in London are worthless in Scotland, my residence and no amount of legal pressure is going to erase the fact Prince William had an affair with Rose Hanbury. Enjoy your evening.”

Multiple UK news outlets have had evidence of the affair and his other comments, some even spoke of them on this site before legal threats saw them delete.

A Royal shouldn't be afforded extra protection from scrutiny than any other public figure.

Tiffin alluded once more to William’s legal action against British outlets before wrapping up his comments: “Multiple UK news outlets have had evidence of the affair and his other comments, some even spoke of them on this site before legal threats saw them delete.”

Tiffin’s comments now align with what some saw on Twitter in 2019, like royal reporter Giles Coren tweeting and then deleting “i know about the affair. everyone knows about the affair, darling,” on an article about a feud between Kate Middleton and Rose Hanbury. And now that Tiffin has spoken out, a number of others have come forward with new outrage over William’s alleged relationship with the Marchioness — and claims that there’s proof the affair is still ongoing.

“I have a question for #PrinceWilliam #kensingtonpalace Did my tax pay in any way for your injunction or lawyers which prevents the media from reporting on your affair(s)? I feel like I have a right to know that. #princewilliamaffair,” one tweet asked.

“Kensington Palace and the tabloids are believed to be partners in the years-long attack on #HarryandMeghan — all to cover up the #princewilliamaffair,” a Sussex Squad account added. “Just like his daddy did to Diana.”

A widely-shared response to Tiffin’s tweets said this: “this isn’t a surprise. He’s there at least 3 times a week. He wears a mask but we all know who he is,” while others pointed to articles about William’s helicopter use and suggested they could be involved in William visiting Hanbury, though no evidence for that has been shared.

These reports have never been verified, and Twitter speculation doesn’t exactly add up to proof. All we do know for sure is that William and Kate may have had a stronger interest in fighting their own media battles than taking on Harry and Meghan’s. One quote from Meghan Markle’s interview with Oprah in March has been making the Twitter rounds too: “They were willing to lie to protect other members of the family,” Meghan said. “They weren’t willing to tell the truth to protect me and my husband.”