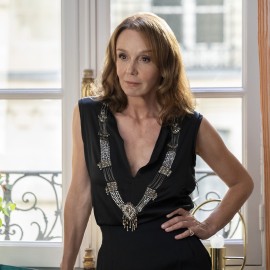 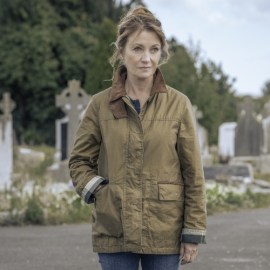 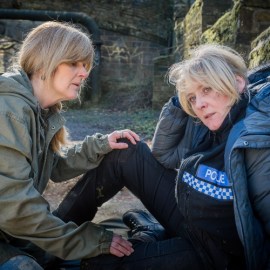 It’s been just over 10 years since we checked in with the ladies of Sex & The City. After all this time, we couldn’t help but wonder, what have they been up to? Well, longtime fans of the series are finally getting their answer now that the mini-series And Just Like That is finally here. The show picks up slightly over 10 years after the second film — which came out in 2010. So, what’s the best way to watch the new batch of episodes? Let’s break it down for you below.

Before we dive (Louboutin) heels first into how you can check out the new episodes and watch the first two episodes for free, let’s give you a bit of background on the series. As any self-proclaimed Carrie, Miranda, Charlotte, or Samantha would know, Sex & The City, the TV series adaptation of Candace Bushnell’s book, debuted on HBO in 1998. The series earned critical acclaim for its frank depiction of women in their 30s navigating dating, love, and sex in the Big Apple. The show won a number of Emmy Awards over its six-year run and spawned two movies.

Moreover, it made megastars out of its four leading ladies — Sarah Jessica Parker, Cynthia Nixon, Kristin Davis, and Kim Cattrall. Now, in 2021, audiences can check in with three of the four women (Kim Cattrall did not return for And Just Like That). The series will show what Carrie, Miranda, and Charlotte are up to — depicting the ladies in their 50s and settled into their lives in New York City.

All right, have you got your favorite cocktail? Are those fabulous designer heels you break out only for special occasions on your feet? Well, then let’s get into how to stream the series!

Like it’s preceding series, And Just Like That is exclusively on HBO’s latest iteration, HBO Max. That means you have two options for how to watch the show via this streaming platform. Your first option is to subscribe to HBO Max’s With Ads plan, which is $9.99 per month. This gives you exclusive access to hours of TV, movies, and exclusive originals. Of course, there are ads, and you wouldn’t get those same-day Warner Bros. movie premieres that comes with the streamers other plan.

Then there’s the Ad-Free plan — going Ad-Free with HBO Max’s $14.99 per month plan means that you don’t have to worry about those pesky ads whatsoever. Plus, you can enjoy thousands of hours of TV, movies, and HBO originals along with Warner Bros. movies the same as their theatrical release. Even better, there’s also an option to download your favorite titles so you can watch them at any time.

How To Watch And Just Like That for free

If you’re just curious about And Just Like That and want to see the first two episodes, then there’s a free option available to you as well. When you sign up for a Hulu free trial, you can add HBO Max and check out their content for free for one week. That means the first two episodes that just dropped on HBO Max are available for free on Hulu + HBO Max right now. After one week, however, HBO Max’s $14.99 price point will kick in, along with the base plan you select for your Hulu account.

If you’re already a Hulu subscriber, you just need to opt into the HBO Max trial.

Before you go, click here to see all the nostalgic hits getting movie and TV reboots.