As I reflect on my childhood and teen years, I can’t recall any black superheroes I had mainstream exposure to. Today, there are a few more to choose from, but that list gets even smaller when looking for black, female superheroes.

Most children grow up with a superhero he or she idolizes. Maybe it’s Wonder Woman, The Flash, Superman, Supergirl, or Batwoman, but either way, there’s typically a hero a child looks up to. Why? Studies show that a so-called “super identity” can help children develop moral values while exploring ideas of good and evil. Exposing kids to these super identities is great for their overall development, but when that exposure is solely white superheroes, you’re alienating black kids and kids of color altogether, which can leave them with no one to look up to and the idea that only white people can be heroes.

As art often imitates life, DC’s Black Lightning and Marvel’s Black Panther were introduced to shed light on the racial imbalance surrounding superheroes and as a reflection of the civil rights and Black Power movements. But despite black superheroes coming onto the comic book scene almost 60 years ago, the delay in mainstream culture has long-lasting repercussions.

The shows, books, and movies watched as an adolescent become part of our cultural lexicon and are often referenced years later as an adult (the word kryptonite is still widely used to refer to someone’s weakness). It also influences fashion and style choices and even careers people explore because their favorite character may have had the same occupation i.e. Clark Kent/Superman as a writer at the Daily Planet. 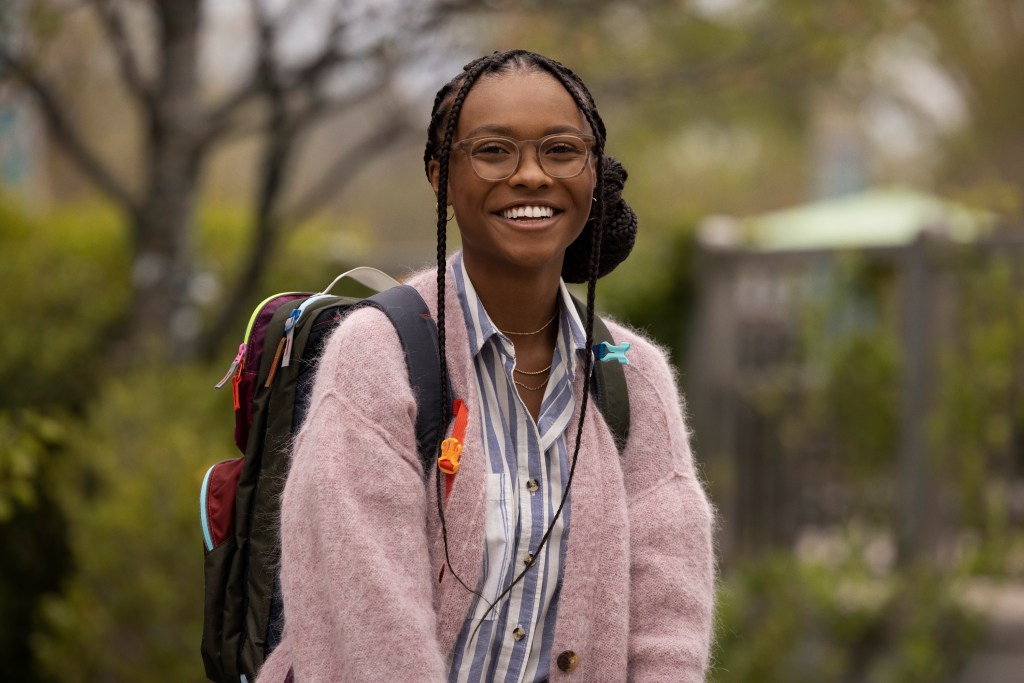 If you have ever found yourself on the bad side of a mean girl, you know that being a teen girl is hard enough, even without super villains to defeat. That’s why I wish I had a character like Naomi to look up to when I was in high school. Naomi is a black superhero who also happens to be a teenaged girl. Perhaps the show reflects the changing perception of teenagers, from vapid and selfish, to capable activists changing the world for the better. Can you imagine the power of teens seeing themselves reflected in pop culture this way?

From filmmaker Ava DuVernay, the new series, named after its main character, will air Tuesdays on The CW and stream free on the CW App, following the story of a cool, confident, comic book-loving teenager as she pursues her hidden destiny and challenges what it means to be a hero. Like its main character, the show itself is challenging societal norms of what a superhero looks like.

Because there weren’t too many superhero characters that looked like me on-screen, having a show like Naomi would have made me feel more valued as a black teen and validated in my own experiences while also allowing non-people of color to see different perspectives on-screen. 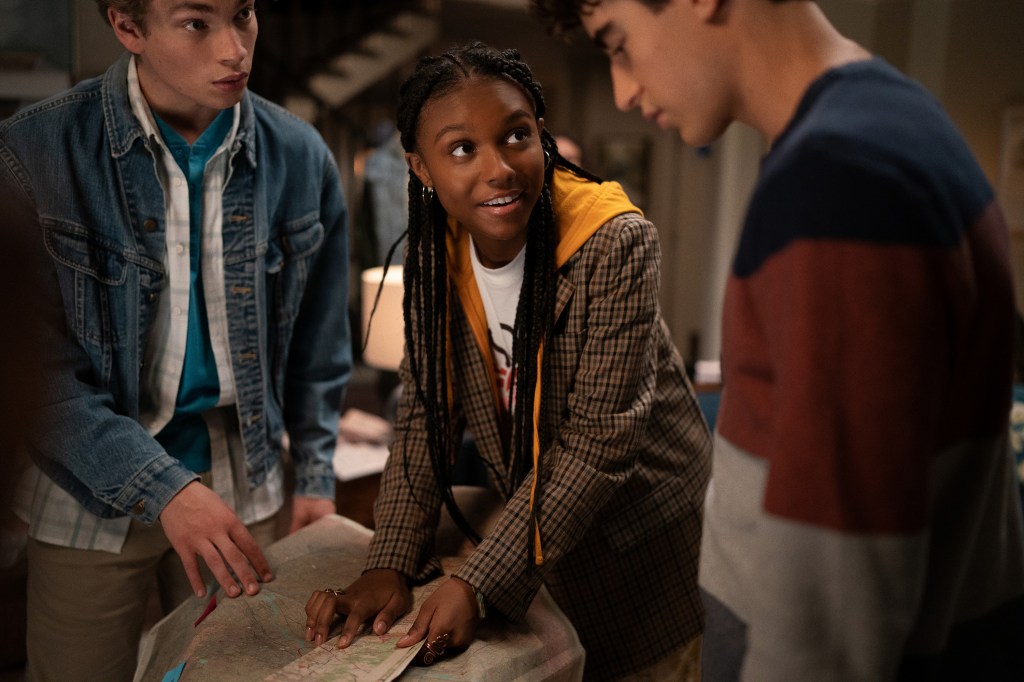 When characters who look nothing like you are constantly hailed as the “good” guys (or girls in my case), it can lead to lower self-esteem, and as a result, makes it harder for dreams to become a reality. Think about it from the lens of a young, impressionable mind. When you’re shown over and over again non-white heroes, it’s easy to start to believe that what you see on your TV is what’s normal in the real world.

Having Naomi in my life would have also had a huge impact on my confidence. And how would it not? Seeing someone who looks like me defeat the bad guys all the while attending high school, which is another superhero power in and of itself, would have been monumental.

Fortunately, we’ve come a long way since then with shows like Naomi rising onto the scene as a superhero show showcasing a young, black, female character in a positive, non-stereotypical light (in 2018–19, minority actors were almost proportionally represented at 35.0 percent among lead roles in scripted cable shows, according to a study from the University of California). 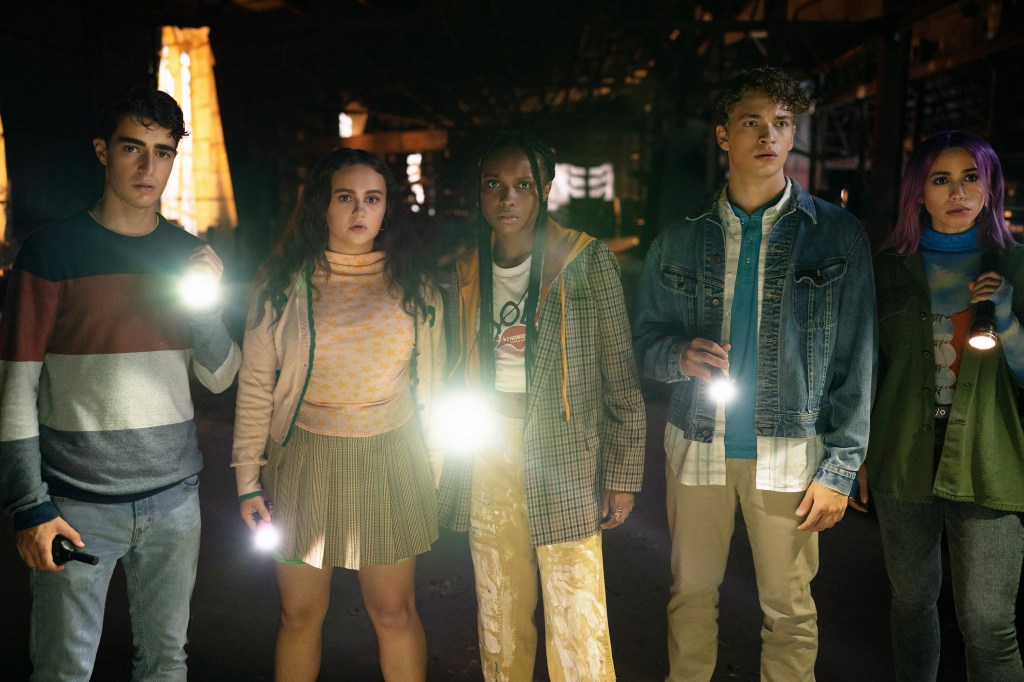 TV and films reflect who we are and where we are as a society, so having a major network make a black, 17-year-old the star of a superhero show is a step in the right direction. But, although strides have been made, there is still a ways to go.

Regardless, I am thankful for where TV and film are right now, and knowing kids of today will have the representation they deserve fills me with hope. And knowing there are shows like Naomi out there that I can watch (I may not be a teen anymore, but that doesn’t mean I can’t watch a show about a black, teenaged superhero!), gives me excitement for what’s to come.

This article was created by SheKnows for The CW.