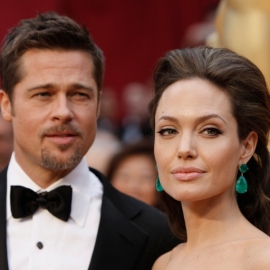 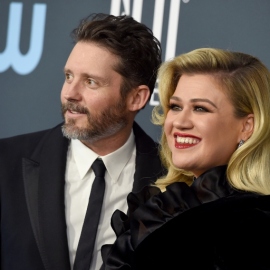 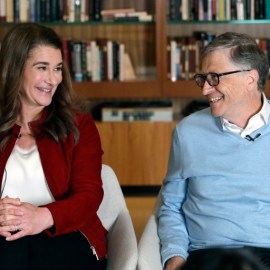 Kelly Clarkson has been through so much over the course of more than a year. She’s endured a very public divorce and custody battle with ex-husband Brandon Blackstock, all while performing, hosting her talk show, serving as a coach on The Voice and more. But during her Christmas special last night, the original American Idol gave fans a glimpse of just how emotional this time of year is for her when she seemingly started crying after performing her song “Merry Christmas (To The One I Used to Know).”

Related story A Look Back at Kelly Clarkson & Brandon Blackstock's Life in Photos, From First Meeting to Divorce

During the televised holiday event, Clarkson opened up about how “the holidays come with a whole range of emotions. I’m going to real with y’all, when I wrote this next song, I was crying my face off, which happens even at Christmas time,” she shared in the clip (which you can watch HERE). “I’d just put my kids [daughter River Rose, 7, and son Remington Alexander, 5] to bed and I was just going through it, having a really hard time. And it’s been a really tough year for a lot of us.”

Sad music fan? Listen to Kelly Clarkson’s Merry Christmas (To the One I Used to Know). Then, watch her sing it on her TV Christmas special. 😭💔 Fucking Brandon. #TeamKelly

Clarkson explained that she wrote “Merry Christmas (To The One I Used to Know)” simply because “there aren’t many holiday songs for people feeling lost and just plain sad” during this time of year. Then, the Grammy winner launched into her emotional performance. By the end of the ballad, Clarkson turned away from the microphone, visibly affected by the words of her own song. It didn’t take long for fans to notice the mom of two’s reaction, and they took to social media to show their support and love for the singer.

“Sad music fan? Listen to Kelly Clarkson’s Merry Christmas (To the One I Used to Know). Then, watch her sing it on her TV Christmas special,” one fan tweet, unceremoniously adding “f*cking Brandon.” Another Twitter user acknowledged that the end of Clarkson’s song really “hurt,” adding the clip of Clarkson turning away from the mic at the conclusion of her performance. One more fan quoted some lyrics from the song, writing, “‘…you aren’t the one I’m missing…no, he left long ago.’ UGH. The break…the pause. I’m in tears.”

While we’ve always love and appreciated Clarkson’s vulnerability throughout this incredibly difficult transition in her life, it’s also so clear to us the toll that her divorce has taken on her. At a pivotal point before the holidays, Clarkson reminded us that this time of year can be really difficult for millions of people experiencing life-altering changes they never anticipated. And bearing that in mind, we hope that Clarkson knows the network of support she has around her, and finds space amid the chaos of the season to show herself all the love she deserves.