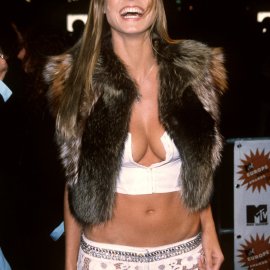 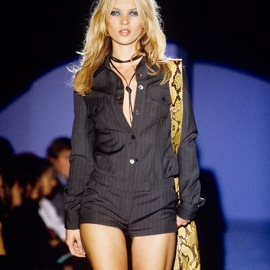 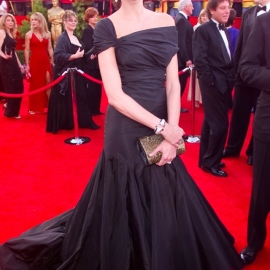 With her beaming smile and effervescent sartorial style, Christie Brinkley has been a beloved model for decades. From magazine covers to runway shows and major campaigns in between, the longtime model and media personality has proven that strutting your stuff is effortless and beautiful at any age. But now, Brinkley’s lookalike daughter, 23-year-old Sailor Brinkley-Cook, is paving her own path in the industry, and mom Christie shared exclusively with SheKnows’ Isabella Ong at the 2021 Footwear News Achievement Awards what she thinks of her daughter’s future and more.

“She’s more like me than she knows,” Brinkley admitted to SheKnows while attending the red carpet event. “She’s, sort of, begrudgingly following along,” the former Sports Illustrated cover girl shared. According to Brinkley, that’s neither unusual nor a bad thing, as she revealed that modeling wasn’t necessarily how she wanted to build her career, either.

Christie Brinkley and her daughter, Sailor Brinkley-Cook, could be sisters in these stunning new Instagram pics! 📸 https://t.co/MoH4SnWoDX

“When I was her age, I was like, ‘I’m only going to do this for another week then I’m on to something else,'” she revealed.  But now that she’s watching her daughter build her own build her own professional network, book jobs, gigs and more, Brinkley has a very good feeling about what the future holds for Sailor.

“I’m sure that once she really settles and figures out what she wants to do, she’s going to have a blast doing whatever she chooses. She’s got feelers out in so many different areas. Modeling is just not her end all, be all. But modeling is a great opportunity for discovering what that passion is.”

No matter what, Sailor has such a supportive (and successful) mom by her side to cheer her on — and just like Christie, we can’t wait to see where her passion takes her.