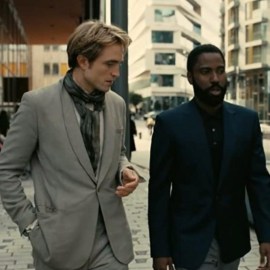 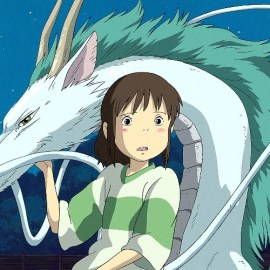 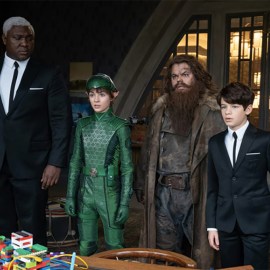 A new series on Amazon Prime Video has quickly become our new favorite escapist obsession. The Wheel of Time stars Rosamund Pike, Outlander alum Maria Doyle Kennedy, and a number of up-and-coming actors as they bring the show — based on the fantasy book series of the same name by Robert Jordan — to life. Jordan’s series already has a loyal following, but the TV adaptation has now intrigued and enticed a whole new audience who’d been kept waiting for a fantastical new series to check out since the conclusion of Game of Thrones. Here’s what you need to know about the Amazon Prime Video series, The Wheel of Time, and how you can watch the show for free.

Our mission at SheKnows is to empower and inspire women, and we only feature products we think you’ll love as much as we do. Amazon is a SheKnows sponsor, however, all products in this article were independently selected by our editors. Please note that if you purchase something by clicking on a link within this story, we may receive a small commission of the sale.

What is The Wheel of Time, and what’s it about?

Before we dive into the TV series adaptation, let’s give you a bit of background on the books that inspired the show. The first installment of Robert Jordan’s series, The Eye of the World, was published in 1990. There are 14 novels total in the entire series along with one prequel, which was published in 2004. Jordan died in 2007, and writer Brandon Sanderson took on the task of completing the series’ final three installments, published in 2009, 2010, and 2013, respectively. Sanderson also serves on the creative team bringing the TV series adaptation to life.

But let’s dig in to what this whole story is about, namely the first three books. The Wheel of Time focuses on — you guessed it — a wheel that turns through time, featuring seven spokes that represent a different age. The series will begin toward the end of “the Third Age.” What’s important to remember is that so much of The Wheel of Time is set in motion because of The Wheel’s power. So, when Rosamund Pike as Moiraine Damodred utters the words, “the wheel weaves as the wheel wills,” it’s very literal.

Fates are decided on how the wheel moves, setting in motion the series’ narrative. The show begins with Moiraine (Pike), a powerful Aes Sedai, who comes across five men and women, one of whom could be the “Dragon Reborn,” — the only one with a chance to stand against the “Dark One.” What ensues is a journey across different, unknown lands, as Moiraine, bestowed with extraordinary powers and complete resilience, tries to bring Perrin, Egwene, Rand, Mat, and Nynaeve safely to their destination. The first season will encompass all of the first book, The Eye of the World, the second book, entitled The Great Hunt, and just a bit of the third installment in the series, The Dragon Reborn. If you want to read along as the series unfolds, you can order the first three books on Amazon right now.

Who stars in the series?

Now we can get into who will star in this fantasy drama — and you may recognize a few famous faces. Rosamund Pike, known for her Oscar-nominated leading role in David Fincher’s Gone Girl, leads a diverse ensemble of characters traversing through these different lands as the wheel spins on. Along with Pike is actress Maria Doyle Kennedy, whom some of you might recognize from a little show called Outlander.

Please welcome the Tuatha'an, our newest cast members to the #WOTonPrime family:

Between 2018-2020, Doyle Kennedy played Jocasta Cameron on the beloved Starz series. She plays Ila in the upcoming Amazon Prime show. Rounding out the cast are stars Daniel Henney (Lan, Moiraine’s Warder), Zoë Robins (Nynaeve), Madeleine Madden (Egwene), Joshua Stradowski (Rand), Marcus Rutherford (Perrin), and Barney Harris (Mat), among others. While a number of these names might seem unfamiliar now, the series is sure to catapult them into a whole new world of stardom — just as the wheel would will.

What’s the best way to watch The Wheel Of Time?

Although it’s pretty obvious why Amazon Prime Video is the clear choice to watch the series, let’s give you some more info on why it’s also ideal to sign up for the streamer right now. The streaming platform offers a 30-day free trial, which means you can check out the first few episodes of The Wheel of Time, along with even more content for free up to a month. Speaking of which, there’s a lot of quality content on Amazon Prime Video to buy, rent, and watch with your plan or during your free trial.

Along with The Wheel of Time, you can watch acclaimed series such as The Marvelous Mrs. Maisel, films like Luca Guadagnino’s Suspiria, Steve McQueen’s Small Axe series, and so much more. While you’re checking out The Wheel of Time and more of Amazon Prime Video’s content, why not watch the shows and movies that piqued your interest with top-of-the-line sound quality? Majority Bowfell Small Sound Bar for TV with Bluetooth is currently an Amazon No. 1 Best Seller and perfect for all your streaming needs. At a price of just $39.95, it’s a steal.

Get ready, sci-fi and fantasy fans: your new TV obsession is finally here.