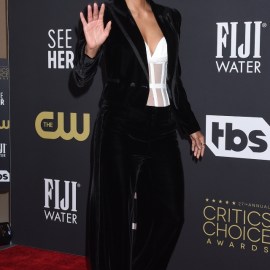 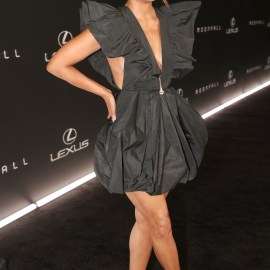 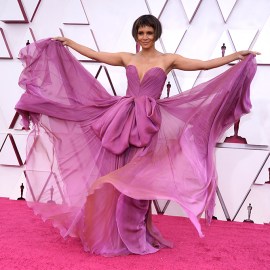 One look at Halle Berry and her partner of more than a year, Van Hunt, and you can just see how smitten these two are with one another. The couple has been going strong since making their relationship public in September of last year, and it seems like things are only getting more and more serious. During their date night at AFI Fest for the premiere of Berry’s directorial debut, Bruised, the couple revealed that Berry’s son, Maceo, basically threw them a little wedding to solidify their partnership.

While walking the red carpet, the couple stopped here and there to answer a few questions. Naturally, things got personal pretty quickly. When prompted to discuss their romance and when they were going to make things “official” (aka tie the knot), the couple simply gushed about one another, revealing that 8-year-old Maceo had already “married” them. “Oh right, that’s right, her son,” Hunt told Entertainment Tonight, adding “Somebody married us.”

Things we learned today: @halleberry is a woman of many talents and career paths! https://t.co/MO88Mdwm7D

Hunt reiterated that he “would love to” potentially take that next step with Berry. Though for the mom of two, she already felt pretty certain about where they stand, considering her own son threw them a little ceremony. “It is official,” she added. Regardless of what next big step this couple takes in their romance, there’s really no denying that Hunt and Berry are going as steady as ever.

The Grammy winner has spoken in the past about how close he is with Berry’s two children, including her teenage daughter Nahla. Hunt has spent a lot of time bonding with Berry’s young kids, and the Oscar winner, in turn, has given fans a glimpse of how close her kids are with her beau — as evidenced by the rare photos Berry shared of her kids sporting Hunt’s iconic chapeau. All told, Berry and Hunt just seem so happy with one another and incredibly supportive, too. Wherever their love takes them, we’re just happy to be along for the ride!