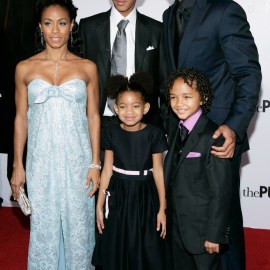 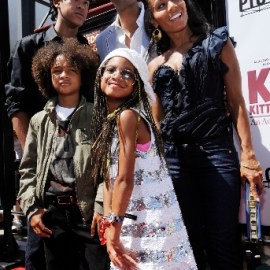 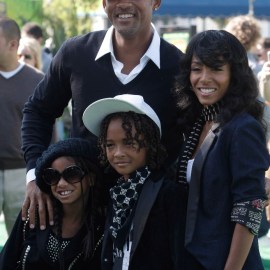 Our Favorite Family Photos of Will Smith, Jada Pinkett, & Their Kids Over the Years 17 Images

When it comes to rehashing their lives through a memoir, some celebs just aren’t afraid to go there — and by there, we mean the bedroom. Over the course of his decades-long marriage to wife Jada Pinkett Smith, Will Smith has gotten pretty candid about how the two keep their marriage so solid, including the ways in which they spice up their sex life. The actor revealed some pretty NSFW details about the couple’s intimate time together in his new memoir, and some of the details will absolutely leave you blushing.

During the beginning of their romance, Pinkett and Smith tired to keep their relationship as low-profile as possible. Smith was going through a divorce from his first wife, Sheree Zampino, and both Smith and Pinkett’s stars in Hollywood were quickly rising. “The blessed yet unintended consequence was that we spent every single moment together, just us,” Smith describes in his memoir, Will.

Will Smith just answered some burning questions about his open marriage to Jada Pinkett Smith, and we love how vulnerable he was.https://t.co/yAN527EfcI

The Oscar-nominated actor disclosed that those “first three or four months were as wild a romantic whirlwind as our bodies could have possibly handled. We traveled to exotic secret getaways — Cabo, private Caribbean islands, Aspen, secluded estates in Maui — and we discovered private air travel.” The couple often used aliases, names they still use to this day, to check into hotels. But once they were alone, things got pretty hot.

“We drank every day, and had sex multiple times every day, for four straight months,” Smith writes. “I started to wonder if this was a competition. Either way, as far as I was concerned, there were only two possibilities: (1) I was going to satisfy this woman sexually, or (2) I was going to die trying.”

Simply based off of his description, the start of Smith and Pinkett’s romance seemed totally heightened by the fact that they wanted to keep the relationship under wraps. And the fact that the two were in hiding for weeks at a time surely added an element that made those intimate moments even more intense. Honestly, these two seriously took the “honey moon phase” of their romance to a whole new level.