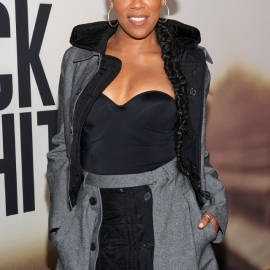 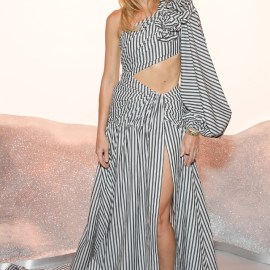 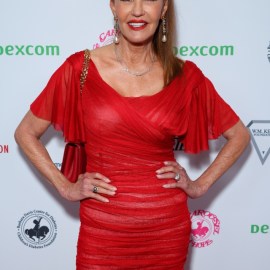 It seems like Pete Davidson is a very popular guy amongst some of Hollywood’s most famous celebs. The Saturday Night Live star has had a few reported dinner dates with Kim Kardashian since her gig hosting the sketch comedy show last month. But recently, he posed for a selfie with another newly single star. Padma Lakshmi joined Davidson and Chris Rock during a game at Madison Square Garden, and the photo is pretty epic.

The Taste The Nation host had an ideal seat for the basketball game, sitting next to Davidson with former SNL star Rock right next to him. We can’t help but think that Lakshmi was wholly entertained by the comedy chops of the two stars, while also watching the game. The selfie, however, comes just a few days after Lakshmi confirmed her current relationship status to her longtime fans and admirers.

During an appearance on Watch What Happens Live With Andy Cohen, Lakshmi responded to a fan’s inquiry about her dating life, revealing that she is indeed single, per People. The author was previously linked to poet Terrance Hayes, with whom she was spotted back in June, according to the outlet. Now, we know what some people are probably thinking; Lakshmi is newly single and hanging out with Pete Davidson — is this another new coupling for the SNL talent? Well, we’d like to think otherwise.

Let’s be honest — who would turn down a chance to sit next to two talented comedians at any event, especially a basketball game at Madison Square Garden? It may have just happened that Lakshmi’s seat was right next to the two stars. Of course, a photo like this can easily turn into fodder for tabloids, especially considering the past few reported dinner dates Davidson has seemingly gone on with Kim Kardashian and the overwhelming scrutiny on his dating life for the past few years. But this selfie just seems like totally innocent fun for Lakshmi.