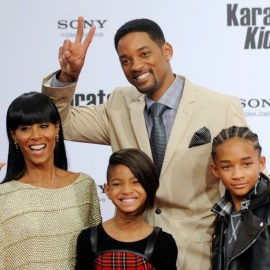 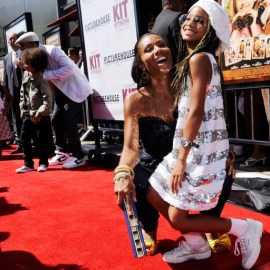 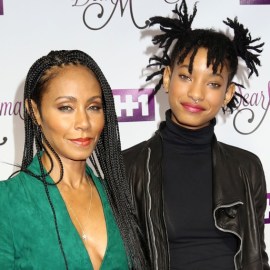 Will Smith has been open about his marriages and the ups and downs to both first wife Sheree Zampino, and current wife Jada Pinkett Smith, but there was a time when he might have taken an on-set relationship too far. It came during his first big movie role in the 1993 film, Six Degrees of Separation, with his co-star Stockard Channing — he decided to stay in character even off the set, which affected his marriage to Zampino deeply.

Smith is revealing all of these juicy details in his upcoming memoir, Will, via an excerpt in People. At the time of filming, the actor was trying to prove himself in Hollywood beyond his role on The Fresh Prince of Bel-Air. He was newly married to his first wife and his oldest son, Trey, was a newborn. As he stayed in character as Paul Poitier 24-7,  Smith found himself falling in love with Channing — just like his character. Smith writes that “this experience was unsettling” for Zampino because “she’d married a guy named Will Smith and now she was living with a guy named Paul Poitier.”

Even though Smith and Channing were strictly business and never had a physical affair, he found himself grappling with the remnants of a one-sided emotional affair. “After the film wrapped, Sheree and Trey and I moved back to L.A,” he says in the book. “Our marriage was off to a rocky start. I found myself desperately yearning to see and speak to Stockard.” He and Zampino made it through that difficult time early on in their marriage, but they eventually divorced in 1995.

He married Pinkett Smith in 1997 and their marital roller coaster has been on display because they’ve chosen to share the realities of their relationship with the public. Fans knew his wife had an “entanglement” with rapper August Alsina while they were separated, but Smith revealed in a recent GQ profile that she wasn’t the only one who explored relationships outside their marriage. “What is the perfect way to interact as a couple?” Smith explained. “For the large part of our relationship, monogamy was what we chose, not thinking of monogamy as the only relational perfection.”

So buckle up for Smith’s upcoming tell-all memoir, which will be published on Nov. 9, and we have a feeling there are more insider stories he is ready to deliver.