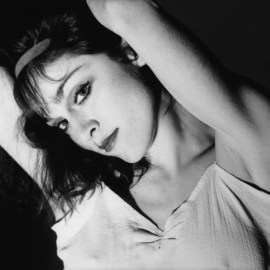 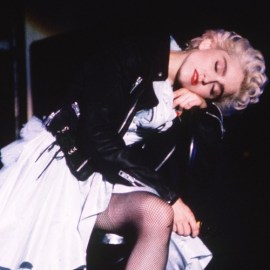 Madonna is causing controversy — again. For a cover feature in V Magazine, the legendary star posed in a series of photos where she once again channeled Marilyn Monroe, but many people aren’t happy about what the “Like a Virgin” singer is depicting this time.

According to the magazine, the feature is an homage based on Bert Stern’s The Last Sitting, but many believe one of the photos is a recreation of Monroe on her deathbed. And as Page Six reported, people are calling it everything from “gross” to “insensitive.” (You can see the photos, done by Steven Klein, here.)

In one photo, Madonna channels Monroe by primping her hair into a famous Old-Hollywood style and furry ensemble. Now in the next photo, she lays her head on a pillow, showing off her long legs. In the last, and probably most scrutinized, photo, she leaves little to the imagination. Madonna lies on the bed with her backside towards the camera, and fans can see almost everything. Many more photos have come out that mirror Monroe perfectly. While she looks gorgeous, many fans are angered by this photoshoot.

One Twitter user wrote in response, “This isn’t cool. Glamorizing suicide is the only takeaway once the shock factor wears off.” Another tweeted, “What an insult, to a beautiful lady whose death was brought on by pressure from film studios, this isn’t homage, it’s a disgrace!!!”

However, other fans are defending Madonna’s shoot, saying that it was a great homage. YouTuber Daniel Preda tweeted, “obsessed with this Marilyn Monroe homage! what a queen!” Another tweeted, “At 63 Madonna still looks as angelic as 21!”

Madonna has been a long-time fan of Marilyn Monroe, with her 1984 music video for “Material Girl” is based on Monroe’s performance of “Diamonds Are a Girl’s Best Friend.” She’s played Monroe on SNL and even likes to create looks inspired by Monroe.

Despite the criticism, we’re guessing that Madonna will keep doing her own thing and not care what anyone thinks.

6 mins ago
by Delilah Gray