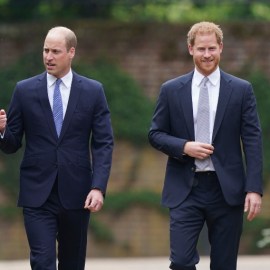 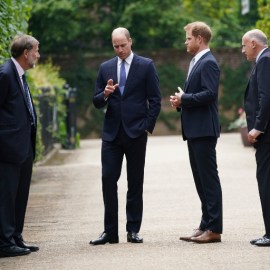 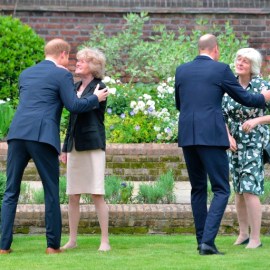 Katie Couric’s new book, Going There, has been causing a lot of controversy for her frank recollections of events in her career, but one particular memory might have you in tears: Princess Diana’s funeral. The former Today Show anchor recalls what an impact that day had on her as a journalist and as a mom.

Couric was stationed at Westminster Abbey for the service with NBC News anchor Tom Brokaw and The New Yorker editor Tina Brown, where “NBC had built a platform directly across from the entrance,” per an excerpt obtained by SheKnows. “After an hour, the cortege came into view; the casket, laden with lilies, had a simple white card on top that said Mummy— handwritten and placed there by Harry. Mourners wailed at the sight of the princes walking behind the casket, heads bowed,” she wrote. As the solemn procession passed by, it was the card that she started to zero her attention to because she knew that this wasn’t just a global news event — it was about somebody’s mom.

True love conquers the challenges these couples face due to their royal and marital status. ♥️ https://t.co/SduMZGPnzO

“And I realized that what I was seeing was not the passing of the most famous woman in the world; it was two boys who’d lost a parent. And I thought of my girls,” she said in the memoir. Katie’s two daughters, six-year-old Ellie and one-year-old Caroline with late husband Jay Monahan, were even younger than 12-year-old Prince Harry — and they would lose their dad to colon cancer only five months later. The very personal moment hit Couric hard.

Of course, the news journalist would later run into Harry during his party years where she recalled the smell of alcohol and cigarettes “ooze from every pore.” From a 2021 perspective, we know how much Princess Diana’s death affected the royal, so those rambunctious years, which he acknowledged, were a sign of the state of his mental health. So it’s poignant that in the sad 1997 moment at Princess Diana’s funeral, Couric would see how the loss greatly impacted Prince Harry’s life.