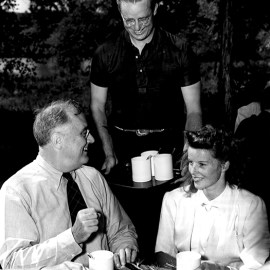 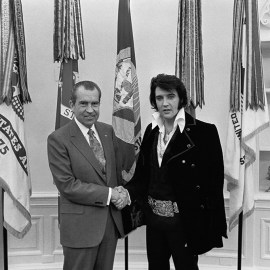 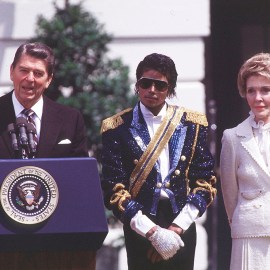 Angelina Jolie is a pro when it comes to promoting her work, so she’s making sure to keep her private life locked down while she is doing interviews for Marvel’s Eternals. What does that mean to reporters? Don’t bother to ask any questions about her friendship (or possible romance) with The Weeknd.

So far the public interactions fans have seen between the Oscar winner and the singer have been nothing but professional. They were spotted having dinner together several times at paparazzi hotspot, Giorgio Baldi, in Santa Monica, California. The reason why the media are starting to ask THAT question about their dating status is because they were spotted leaving together in one car back in September. But on Monday on E!’s Daily Pop, Jolie proved she’s keeping her boundaries up and the prying eyes out.

Host Justin Sylvester tried to angle the question by using her kids as a way in to get The Weeknd mystery solved. He asked what her children are interested in more — the Marvel film or getting to meet the pop star. Well, Jolie put the brakes on right away with a pointed, but warm, response, “They’re very excited about this film, if that’s what you’re asking.” And in case Sylvester didn’t hear, she repeated, “They’re very excited about this film.”

And we know Jolie is going through a lot in battling ex-husband Brad Pitt over child custody and their prolonged divorce. So she has every right to not want anyone butting into her private business, especially when her six children are old enough to be affected by all of the news being played out in the press. So, she’s asking the media to respect her privacy — and that’s certainly her right to refuse to answer any questions about The Weeknd’s status in her friendship circle.