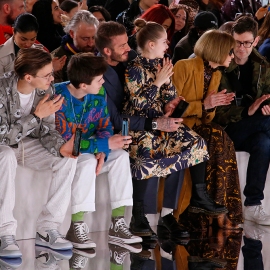 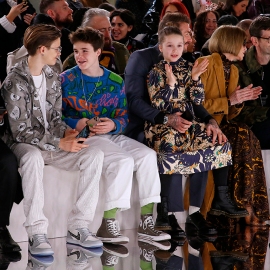 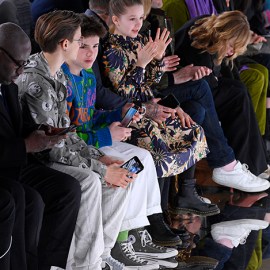 The Beckhams are one tightly knit family, and whenever they get an opportunity to share some of their family outings on social media, fans absolutely love it. But a recent snapshot that Victoria Beckham shared to Instagram really had us doing a double-take. Victoria and David Beckham’s son Cruz Beckham is basically his dad’s lookalike in this new photo from the mom of four out with her son and daughter.

In the carousel post, Victoria first shared a photo with her 10-year-old daughter, Harper Seven. The mother-daughter duo wrapped their arms around one another and looked absolutely precious against the autumnal backdrop. But it was the second photo with the fashion mogul and former soccer star’s 16-year-old that really felt like we were looking at David’s mini-me.

In the snapshot, Victoria and Cruz looked like the coolest mother-son pair out there. The 16-year-old had one arm around his mom’s shoulders, and looked totally laid back. Just from where the camera was positioned it was basically like looking at a young David right before our eyes — down to the half-smile, pose, and overall expression on his face! “The most beautiful autumnal day,” Victoria captioned her post, hash-tagging her daughter’s name and tagging Cruz in the caption.

Of course, this isn’t the first time that Cruz, or his two older brothers Brooklyn, 22, and Romeo, 19, for that matter, has drawn a comparison to his dad based solely on his looks. There’s no denying that Cruz was really the spitting image of his dad in this latest photo. But we can tell that all four of the Beckham kids are really the perfect combination of their famous parents.