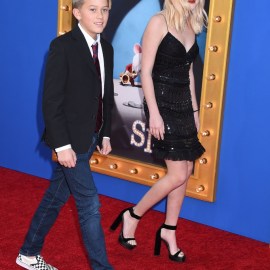 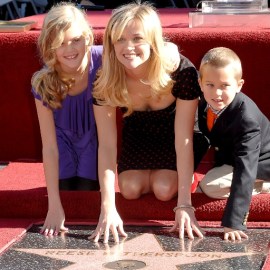 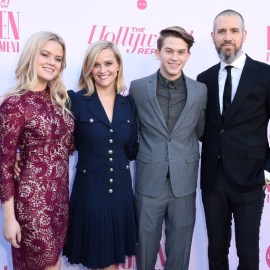 It’s hard to believe, but Reese Witherspoon is now the mom of two adult children. Her second child, son Deacon Phillippe, turns 18 years old today, and the Oscar-winner celebrated the occasion like many famous parents — by sharing a sweet tribute to her son on social media.

In the carousel post, which Witherspoon shared early this morning, the mom of three posted five photos of her first son, whom she shares with ex-husband Ryan Phillippe. The first snap featured Deacon looking so mature — and an awful lot like his famous father! The remaining four photos featured snapshots of Deacon growing up, including a selfie he took with his mom. Along with the precious pictures, Witherspoon included a touching caption.

“How did this happen?!!” Witherspoon began her birthday message. “[Deacon Phillippe] is 18?!! One day he was trading Pokémon cards, singing Bruno Mars songs, and playing American Ninja Warrior in the backyard. The next day, he is taller than me, cooking the family steaks on the grill and making his own music with his best friends,” she wrote.

“My heart is bursting with pride about the young man he is becoming. Happy 18th Birthday Deacon! I love you to the moon around the sun and all the stars.” Witherspoon has never been one to hide just how proud she is of her three kids, including daughter Ava Phillippe, 22, and son Tennessee James Toth, 9, whom she shares with husband Jim Toth. But Deacon’s birthday was the perfect excuse to simply gush about her son and how much he has grown.