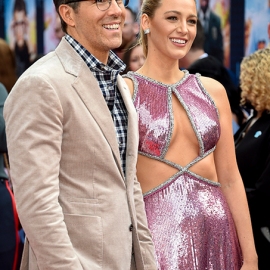 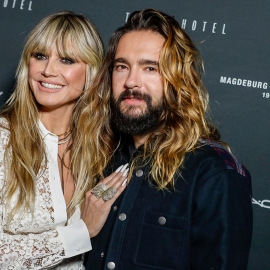 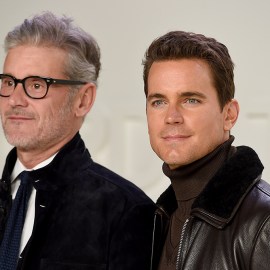 Those alleged Scott Disick DMs are back in the news, and they may have been a contributing factor in the end of his recent relationship with Lisa Rinna’s daughter, model Amelia Hamlin. The Real Housewives of Beverly Hills star and mom of two offered a little insight into her 20-year-old daughter’s split from the Keeping Up With The Kardashians star, and a DM that Disick allegedly sent to Younes Bendjima over their mutual ex Kourtney Kardashian could have led to Hamlin’s decision to call it quits with the father of three.

Rinna opened up about her daughter’s breakup during the RHOBH reunion special last night, and provided a bit more context for what caused Hamlin and Disick’s romance to end. According to Page Six, when asked if the DM Disick allegedly sent Bendjima was a factor in Amelia’s decision, her mother responded, “Well, I don’t think that was helpful.” Just to back things up a bit, Disick sent the alleged DM to Bendjima in late August when Kardashian and her new fiancé, Travis Barker, were in Italy.

During Barker and Kardashian’s trip, the couple was photographed by paparazzi engaging in some PDA. The pics didn’t seem to sit well with Disick. “Yo is this chick ok!???? Broooo like what is this. In the middle of Italy,” the Talentless founder allegedly messaged Bendjima. Bendjima, whom Kardashian dated for a time following her relationship with Disick, took the highroad, replying in part, “Doesn’t matter to me as long as shes [SIC] happy.”

Naturally the alleged DM and the coverage around it likely took a toll on Hamlin and Disick’s relationship — but it might not have been the only reason the couple split. “There’s never one reason why I think people split up, you know,” Rinna explained further. The RHOBH star did, however, confirm that her daughter “made [the decision] on her own.” There must have been a lot going on for both Disick and Hamlin for the latter to eventually end the relationship. But as Rinna, in her infinite wisdom, said, “Now’s the time to heal, now’s the time for everyone to heal.”