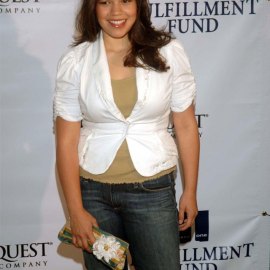 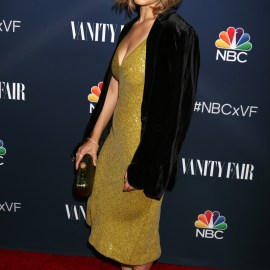 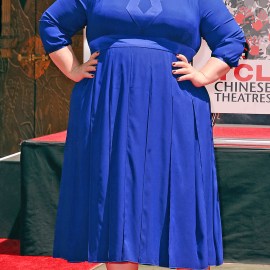 Adele is entering a brand new era of her career and a fresh chapter of life — and she’s not hiding how proud she is of how far she’s come. The singer has been reflecting on her professional and personal journey in new conversations with Vogue (she’s on the cover of both American and British Vogues this November), sharing how happy she is in her new relationship with Rich Paul and how comfortable she feels in her own skin after a 100-pound weight loss that had the media in an absolute state of frenzy. The latter took a lot of intense dedication, but not for the reasons the media has speculated, like Adele seeking a “revenge body” after divorce from Simon Konecki. Speaking out about her physical transformation for the first time, Adele is adamant that weight loss wasn’t the goal, but an end to her anxiety that she ultimately found through rigorous working out. The singer is equally forthcoming about the fact that the regimen she undertook that resulted in this weight loss is simply not possible for everyone.

“It was because of my anxiety. Working out, I would just feel better. It was never about losing weight, it was always about becoming strong and giving myself as much time every day without my phone,” Adele shared with Vogue UK‘s Giles Hattersley. “I got quite addicted to it. I work out two or three times a day…I do my weights in the morning, then I normally hike or I box in the afternoon, and then I go and do my cardio at night. I was basically unemployed when I was doing it. And I do it with trainers.”

.@Adele is BACK with a beautiful Vogue cover and we're absolutely living for her return! ♥️ https://t.co/K0pJPa3MMU

Hattersley writes that Adele knows this kind of weight loss is a “rich person’s game:” “It’s not doable for a lot of people,” the singer says flat-out, acknowledging the privilege she has in having the time and money to have access to trainers and space in her schedule to workout.

The singer also set the record straight on the untrue rumors that her weight loss was achieved by adhering to a diet, a myth with extreme sticking potential despite increasing evidence every year that diets do not work in any kind of long-term capacity.

“No intermittent fasting. Nothing. If anything I eat more than I used to because I work out so hard,” Adele explained. Furthermore, when it comes to rumors that Adele’s workouts were in pursuit of some type of “revenge body” after her divorce from Simon Konecki, she was more than over it.

“It’s ridiculous,” she said. “I think it’s that people love to portray a divorced woman as spinning out of control, like, ‘Oh she must be crackers. She must’ve decided she wants to be a ho.’ Because what is a woman without a husband?”

Without a husband, Adele seems more unleashed than ever. The singer’s motivation and understanding of her privilege are honestly so refreshing when it comes to how she’s reflected on this recent chapter of her life. We love seeing Adele thriving, and as for her new music that’s on the way, well, we’re totally hyped for what’s in store.

Before you go, click here to see some of the most dramatic celebrity transformations of the past decade.