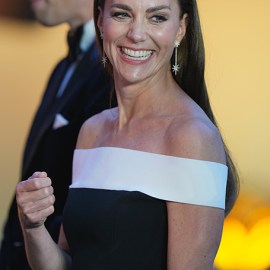 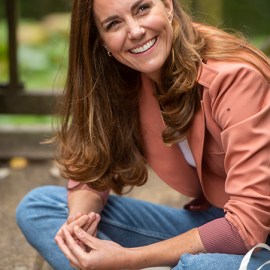 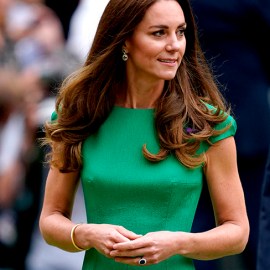 As the royal family braces for the modern age, there are already signs of change happening within the monarchy. The new guard, which includes Prince William and Kate Middleton, seem poised for their senior royal roles. And now, Queen Elizabeth II reportedly has a lot of confidence that the Duchess of Cambridge will be more than capable of fulfilling her duties — which makes us wonder if this will have any impact on the line of succession.

A new report from Us Weekly suggests that Kate and the queen are closer than ever, and that the longest reigning monarch trusts the Duchess of Cambridge completely. “Over time, Kate has proved to Elizabeth that she can be trusted and they’ve developed a great relationship,” a source shared with the outlet. “Elizabeth feels confident that Kate will make a great queen.”

Indeed, Kate and Prince William have shown that their focus is moving the monarchy forward, and they’ve already begun to establish their platforms with a focus on environmentalism and early childhood development. While Kate was “uneasy in the spotlight” when she first joined the royal family in 2011, per Us Weekly, she has become totally “fearless” and “knows [the protocols] like the back of her hand.”

It’s very telling that Queen Elizabeth II has put such an emphasis on Kate Middleton’s queen-in-training position. Prince Charles’ own wife, Camilla, Duchess of Cornwall, will still likely be the Queen consort once he becomes king — though there has been speculation that Prince Charles might be skipped over entirely for Prince William and Kate Middleton. Though the Duke and Duchess of Cambridge do have the popularity in the United Kingdom, it’s still feels very unlikely that Prince Charles wouldn’t ascend the throne. But if history tells us anything, stranger things have happened.