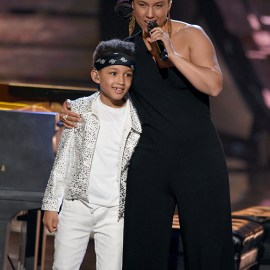 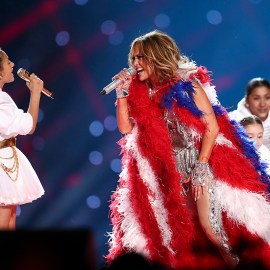 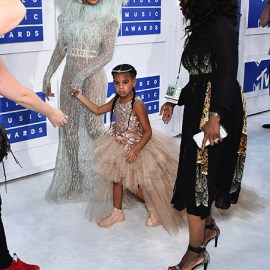 These Celebrity Kids Are Making Their Mark in Music 8 Images

It’s hard to believe that John Lennon’s youngest son, Sean Lennon, is now 45 years old, but it’s incredible how much he looks like his father. We already knew he inherited his music talent, but he’s now got the same long hair and a beard that former Beatle sported in the 1970s — and we love the throwback.

Sean was photographed in New York City on Thursday, Sept. 30 with his girlfriend, Charlotte Kemp Muhl. The couple has a well-defined sense of style with Sean’s turquoise suit, black shirt with white stars and black eyeglasses to complete the outfit. Muhl accented her black romper with a pinstriped blazer and a fedora — she looked amazing. But with Sean, we can’t help but see his late father — it’s all there from the fashion to his similar facial features.

As John and Yoko Ono’s only child, Sean gets the doppelgänger comments all of the time and he handles it well because he understands the enduring legacy of his father in music history. “Well, it’s interesting, because obviously, I do encounter a lot of pressure in terms of people, sort of… Y’know, I know when they see me, they see my father, which I can’t help,” he explained on The Talk in 2020, via Nights with Alice Cooper. “I look like him, I look like her — and, y’know, frankly, I think they’re cool-looking so I don’t mind.”

He also takes that same philosophy when it comes to his music career. Yes, he followed in his father’s footsteps, but he’s never tried to live up to the legendary reputation of John and the Beatles. “Honestly, I don’t play music in terms of trying to compete with my dad, because I don’t think I could play if I did that,” he said. “But, I take comfort in knowing that I’m not the only one that will never be as successful as the Beatles, y’know?” And that fresh perspective is what has kept Sean persevering in the career he loves — he can honor his dad, yet still make his mark in the music industry.