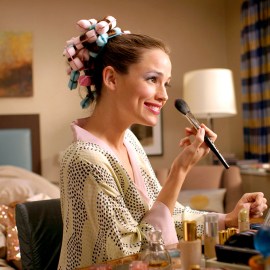 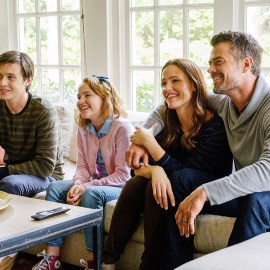 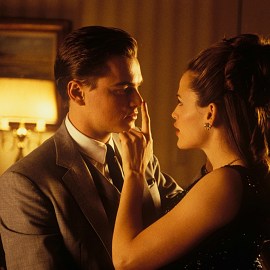 New York City seems like it’s the place to be for couples who are in love or falling for one another! To be fair, there really isn’t anything like the Big Apple during those early autumn days. But over the course of the past week, we’ve seen famous couples like Prince Harry and Meghan Markle and Ben Affleck and Jennifer Lopez make NYC the perfect backdrop for their love stories. And now, it looks like Jennifer Garner and John Miller are getting in on the NYC action with a new, rare photo of the couple after a low-key coffee date.

Garner and Miller were spotted walking the streets of New York City yesterday on a bright, brisk autumn afternoon. The twosome each carried a cup of coffee in hand and were dressed comfortably and casually for the fall weather. (You can see the photo on People.) It’s been a minute since the Alias actress and businessman were spotted out and about — actually, it’s been about a month to be exact.

.@JLo and Ben Affleck were pretty affectionate during their stroll in Madison Square Park! ❤️ https://t.co/HvA9k8jQv5

The last time Garner and Miller were seen out was in late August. The two were photographed in NYC once again and kept their get-together pretty low-key — which appears to be the way the two want it. Garner and Miller haven’t made a red carpet debut or even discussed their relationship in public. Instead, the two seem to have opted to keep their personal lives as private as possible, which seems to be in direct contrast to how Garner’s ex, Ben Affleck, and Jennifer Lopez are navigating their rekindled romance, for the most part.

Garner and Miller started dating sometime in 2018, around the time that the actress’ divorce from Affleck had been finalized. The two are rarely spotted out and about, which has led some to question how serious the couple is. Regardless, it seems like Garner and Miller are enjoying their time together and keeping the details of their relationship to themselves, and it’s clearly working for them!