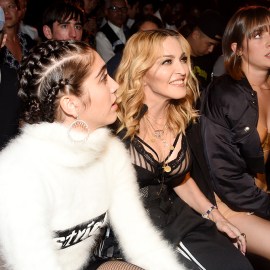 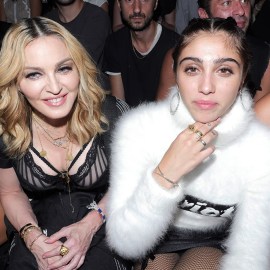 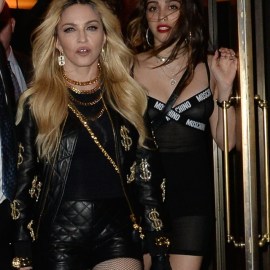 With seven Grammys, countless chart-topping hits, and a decades-long career, you’d think that there was no one out there who possessed quite the same level of talent as Madonna. But if there was anyone who could potentially reach the same height of success and cultural influence it would probably have to be the pop singer’s daughter, Lourdes Leon — and Madonna thinks so, too! The singer revealed in a new interview that she thinks her 24-year-old daughter is more talented than she was at that age, and we can tell how proud she is of her eldest child.

“She’s way more talented than I was, [or] am,” the mononymous singer told Entertainment Tonight. “I’m really proud of her.” Indeed, Lourdes has seriously accomplished so much at just 24 — but the young model is just getting started. Her modeling career has seriously taken off, and she’s already landed campaigns with Swarovski, Marc Jacobs, Stella McCartney, and she recently walked in Rihanna’s latest Savage x Fenty show.

.@Madonna’s daughter, Lourdes Leon, gives us a sneak peek at her appearance for Rihanna's Savage x Fenty show! It's available to stream on Amazon tomorrow. 📺 https://t.co/tKbXcOQaVe

As for what comes next for Madonna’s lookalike daughter? Well, her mom thinks “anything is possible for her.” Clearly, Madonna is incredibly proud of her eldest daughter, and at only 24, it’s so clear that Lourdes’ career is just about to really take off. For comparison, when Madonna was 24 years old, her debut, self-titled album was just one year away from release.

Naturally, it took time for Madonna to become the iconic star that she is today. And we’re sure that Lourdes will continue to build her career from this point onward, just as her mom did back in the ’80s. But we cannot wait to watch her career unfold and see how she continues to conquer the fashion and entertainment industries for years to come.