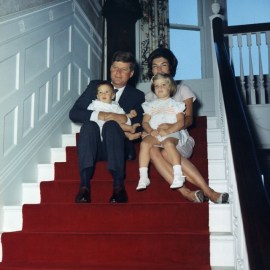 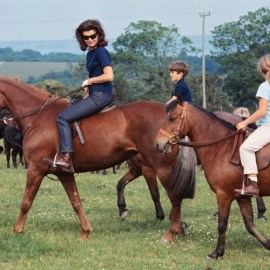 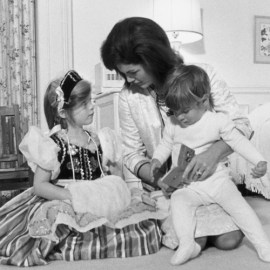 All the Best Photos of Jackie Kennedy With Her Young Kids JFK Jr. & Caroline Kennedy 24 Images

They always say that history repeats itself and Diana de Vegh‘s story about her affair with John F. Kennedy sounds so familiar to those who know all about Monica Lewinsky’s story with Bill Clinton. The former aide is sharing details that sound so similar to what happened in the White House over 30 years later.

Related story 10 Times Donald Trump Has Talked About Women's Looks, Because Apparently Mar-a-Lago Has No Mirrors

The 20-year-old met JFK in 1958 in his pre-presidential days, but once he was ensconced in the White House, he made sure she had a job in Washington, D.C. as an assistant on the National Security Council, so they could continue their affair. But the thing that drew de Vegh in every time was the president’s charm — it kept her hooked, like a drug on their illicit time together, which lasted four years. “It was this kind of high-energy sparkle, and then it got focused on me,” she described to People. “It’s a tremendous trick to, I think, be lively and energetic and charming everybody all over the place. And then you make one person feel, oh, very special.”

Jackie Kennedy's early relationship with JFK's family brought on the same pressure the royal family did to Meghan Markle, Diana, and Kate.https://t.co/iwQmC37jFm

That story isn’t much different from what Lewinsky had to say about meeting Clinton and what drew her in as an intern at the White House. “For me, at 22 there was this combination of the awe of being at the White House, the awe of the presidency and the awe of this man who had an amazing energy and charisma was paying attention to me,” she said to People. “I was enamored with him, like many others. He had a charisma to him — and it was a lethal charm and I was intoxicated.”

When you read those two descriptions by the women side by side, it truly is striking how similar they are. It took de Vegh a long time to understand the abuse of power going on in this situation, but she “began eventually to question the culture.” And what she has to say about it should garner a lot of head nods from women in 2021 — we understand exactly what she’s talking about. “This was a culture that concretized the gap between ‘accomplished men’ and young women who can be brought in and out, a conveyor belt of young women,” de Vegh explained. “I’m not here to throw dirt at a dead man, but I am here to say the culture is incredibly problematic.”

Lewinsky has been fighting against this culture for a decade, even though she was the one demonized for the affair and Clinton walked away virtually unscathed. “I think there are a lot of people who might find themselves in these situations,” Lewinsky said. “It might be a professor or a boss, your immediate supervisor at your first job. We think we’re on his terra firma in our early twenties and yet we’re really on this quicksand.”

It’s downright eerie to see how closely aligned these two stories are. De Vegh was fortunate enough to live under a cloak of secrecy until she decided to come forward publicly with her story now, but we saw the devastation done to Lewinsky’s life in the aftermath. And the culture that still exists, where people in power positions often take advantage of those reporting to them in ways that have long-lasting consequences.