If you’re looking for the most glamorous couple on the red carpet at the 2021 Primetime Emmys, look no further than Catherine Zeta-Jones and Michael Douglas. The duo hit all of the right notes when it comes to fashion and that classic Hollywood star look.

Zeta-Jones was there to support her husband for his Best Actor in a Drama Series nomination for The Kominsky Method, and she brought her A-game for her red carpet fashion. The strapless maroon gown with a thigh-high slit showed off her fit figure as Douglas complemented her outfit with a splash of color in his tie. She accented her dress with Lorraine Schwartz jewels and Christian Louboutin heels.

The Feud: Bette and Joan star shared a video with her followers of the couple’s limo ride to the red carpet. She shared, “We are in the car ride to the Emmys with my fabulous nominated, Emmy-nominated husband. I am so proud of him. I am just so excited about going to…” And that’s when Douglas jumped in to sing the cutest ditty with his wife, “The Emmys, the Emmys.” She added, “See you there.”

The adorable couple has been together for two decades after being introduced by actor Anthony Hopkins. They took it very slowly at first, developing a friendship before ever diving into a relationship. “He sent me flowers in Scotland and we communicated for a year after just by the phone. Whenever I was in New York or he was in L.A., we’d have a dinner or something for a year,” she told Bustle earlier this year. “We became friends, I guess. And then it all took off one summer, and then that was it. Twenty years later, here we are.” And that’s how their incredible love story began — and it shows no sign of slowing down.

Before you go, click here to see all the women over 40 who owned the Emmys red carpet this year. 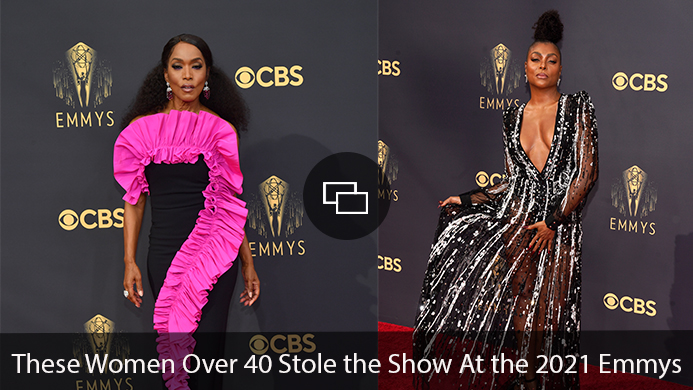