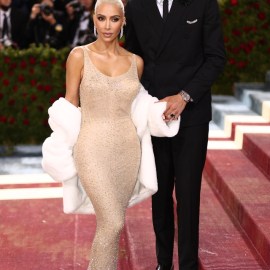 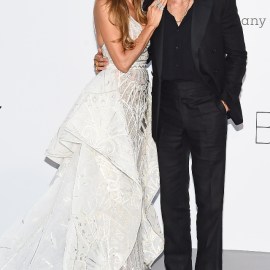 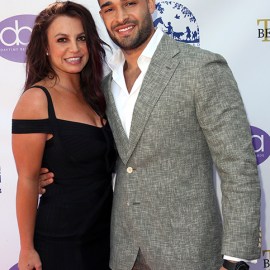 It’s finally official! Adele just went instagram official with her boyfriend, Rich Paul, and we couldn’t be happier for the pair. The pair have been spotted on numerous nights out, at the NBA Finals and then celebrating LeBron James’ wife Savannah James’ birthday. We couldn’t be happier to see that she finally shared a photo to Instagram confirming the relationship. If anyone deserves some happiness, especially after going through a divorce, its Adele.

Adele shared a series of photos of herself, and ended with one of Rich Paul and herself, writing a simple caption: “❤️.” The pair look seriously beautiful; Adele wore a black Schiaparelli dress that had an extravagant white fabric detail, while Paul wore a sleek velvet tux. I mean these two are one attractive couple.

We were thrilled to see the pic, and honestly, we can’t wait for them to post more public photos together. But funnily enough, the comment section seemed to be more focused around when Adele would be releasing a new album. (Hey, can you blame the fans?) One wrote, “Okay Adele good but the real question is are we getting a album now 🤷🏾‍♀️😂‼️” Another wrote, “When you dropping a album @Adele the streets need you now more than ever!!!! 🚫 🧢”

We couldn’t be happier to see Adele and Rich Paul together, and we wish them the best in their relationship. Hopefully being in love can inspire some new music… we’d all love to hear more Adele ballads!