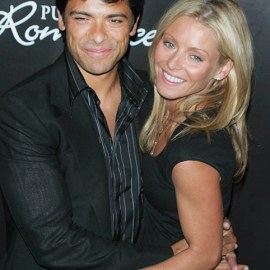 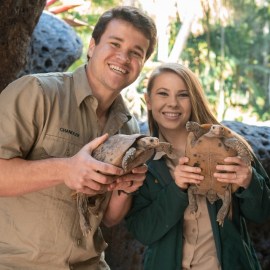 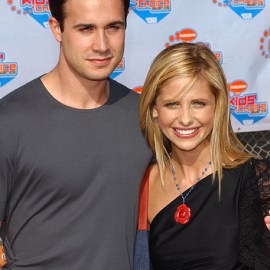 Britney Spears has had quite a year. From the emergence of the #FreeBritney movement and finally breaking through in her conservatorship battle, to abruptly leaving social media after her recent engagement, it seems to have been a year full of ups and downs. And Spear’s longtime boyfriend and new fiancé, Sam Asghari, looks like he’s always been there for the star. We couldn’t be happier to see the recently engaged couple look so happy and in love, and even his ex-girlfriend seems excited. Yes, Asghari’s ex, Mayra Veronica, just shared her thoughts on his engagement to Spears — and her words may surprise you.

Veronica told TMZ, “He finally hit the jackpot…She hit the jackpot too, though. He’s extremely supportive, he’s a really, really supportive guy, and after all the shit she’s been through, that’s what she needs.” She went on, “I think she’s with the right guy.” In the clip, we also learned that Spears and Veronica had some similar experiences. “I was kind of in a similar position when I first met him. My management and my publicist were extremely, extremely controlling, so he was always super super supportive.” It looks like Asghari knows how to be there for his partner and we couldn’t be happier to see him standing by Spears’ side.

It seems like Asghari really is in it for the right reason. For an ex to share such kind words, we’ve got a feeling he’s a keeper. We want to congratulate both Asghari and Spears on the engagement once again. And we’re hopeful that we’ll see photos from their wedding sooner rather than later…whatever they choose to do, we’re sure it’ll be beautiful.

Before you go, click here to see celebrities who got engaged lightning-fast.