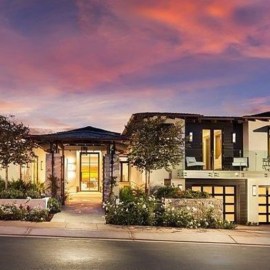 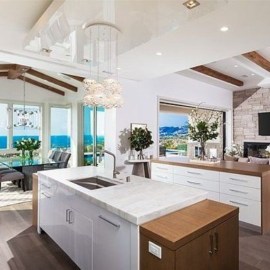 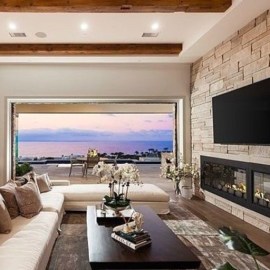 Tarek El Moussa is just weeks (days?) away from marrying fiancée Heather Rae Young, but that isn’t stopping the rumor mill from suggesting his ex-wife, Christina Haack, might be doing the same thing. The Christina on the Coast star, who married and divorced Ant Anstead after her marriage to El Moussa, has been spotted several times wearing a ring that suspiciously looks like an engagement ring.

While we don’t have a close-up photo to examine, Page Six has a few grainy shots of the couple hanging out on a balcony at the beach. The shots zoom in as close as possible to her hands and it does look like there is a diamond ring on her left hand, but it’s hard to tell without a crisper image. This isn’t the first time a diamond ring has appeared on her hand while she’s been dating Hall. Back in August, she posted a photo with her boyfriend and his mother on a boat and the diamond was spotted in the photo — Haack suspiciously removed the image and replaced it with a similar photo, but no ring on her finger.

Haack began dating realtor Joshua Hall in the late spring, but she kept their relationship under wraps until mid-summer. With either timeline, an engagement might feel swift, but the TV personality has expressed her confidence in what he means to her. “I felt immediately crazy protective over him and wanted to keep him for myself and get to know each other before the tornado (media attention) hit,” she captioned a vacation post with him in July. She’s also spoken openly about the judgment she receives as a woman who has been divorced twice — she sometimes shares about how hurt she feels from the criticism.

And whether she’s engaged or not, she is doing her best to keep that diamond ring out of the picture. It could be a gift to herself or it could be from Hall, but Haack is not going to let us know until she’s ready.