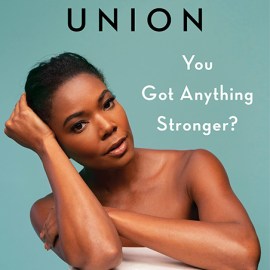 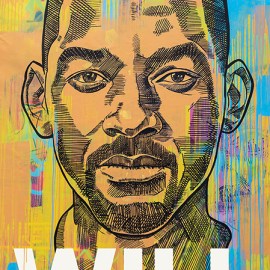 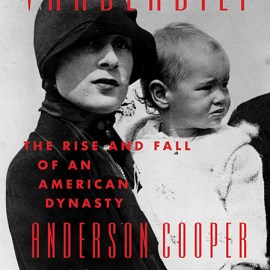 For the second time around, Gabrielle Union is coming back into her own. Following the release of her 2017 book We’re Going to Need More Wine, the Bring It On actress is getting even more candid about this stage in her life and all of its insecure glory. Among the topics she covers in her latest book You Got Anything Stronger?, Union dives deep into the fears and insecurities so many women encounter as they age, often compounded for the Bring It On star by the nine-year age gap she shares with younger husband Dwyane Wade. As much as we’d like to think that society has progressed beyond scrutinizing this kind of age gap, Union says the critics feel as loud as ever, and she struggles not to freak out over signs of aging because of it — even though she knows in her heart it’s the most natural, inevitable thing in the world.

“This is his recurring joke: the idea that we are outrunning my age, the nine-year gap between us that can feel like the literal time bomb built into our marriage,” Union writes in chapter eight of her book. “Sometimes the joke is funny, and sometimes it’s f**king not.”

Indeed, beyond just acknowledging their age difference privately, Union also describes the continued scrutiny she faces in the public eye. “If I don’t acknowledge it quickly in a public forum, there is a legion of people waiting to beat me to the punch,” she writes.

.@itsgabrielleu's husband, Dwyane Wade, is part of the the reason she pursued surrogacy for the birth of their daughter, Kaavia James. ♥️ https://t.co/lRwUqUppdi

And beyond the continued public interest, Union delineates how she is consistently confronted with the age gap between her and her partner at home, or in particular instances of intimacy.

“‘Oh my God,’ he said in a gasp. I jumped up and raced to the bathroom…There it was in the mirror, this long hair that I definitely had not seen planting its flag of age on my chin the night before,” she writes. “I opened his medicine cabinet, feverishly searching for a pair of tweezers in a bachelor pad bathroom that basically offered toothpaste and deodorant. ‘Pesky’ did not begin to describe this hair. My eyes welled up in the mirror as I pulled it, suddenly feeling like Cicely Tyson dating Timothée Chalamet. Call me by your name, but loud into my good ear. What I didn’t realize at the time was that this was the start of the hormonal changes that all women face.”

'You Got Anything Stronger?' by Gabrielle Union $21.99 on Amazon.com Buy now

“Overnight I could grow a hair damn near an inch out of the middle of my forehead. Or my boob. I became obsessive about gray hairs, staying ever vigilant to dye them. As women, we are trained to see all these little signs of aging come up as a loss, each one a plank disappearing from the rope bridge falling apart behind us,” Union writes.

“If you dare look back at the young version of you standing back there on the other side — she’s the one absently waving, while devouring a Taco Bell Chalupa Supreme after another all-nighter — you risk not being able to do what almost every woman-focused ad and magazine commands you to: outrun age with every bit of energy you can muster.”

Pulling from her own incredibly personal experience, Union highlights one universal truth that has yet to escape women: constantly being bombarded by the pervasive message that we must be vigilant of the signs of aging. And, as Union so eloquently states, that same message is often compounded when the woman in the relationship is older than her male partner. But instead of succumbing to those pressures, Union is determined to remain a woman who has “the audacity to age, and hope, and believe in love.”