There were plenty of striking statements made at the 2021 Met Gala last night. The theme was “In America: A Lexicon of Fashion” and each attendee who walked the arrival carpet put their own spin on that motif at the Metropolitan Museum of Art — including Representative Alexandria Ocasio-Cortez. New York’s 14th congressional district representative wore a white gown that featured a bold message, “Tax The Rich,” written on the back in red. And that statement didn’t seem to sit well with some.

In a statement Ocasio-Cortez shared to Instagram, the U.S. Representative put the spotlight on how fashion has the power to generate powerful messages that transcend politics and popular culture.

“The medium is the message,” she began her caption, featured alongside a photo of her and designer Aurora James, who made that controversial dress, at last night’s event. “Proud to work with [Aurora James] as a sustainably focused, Black woman immigrant designer who went from starting her dream [Brothers Vellies] at a flea market in Brooklyn to winning the [The Council of Fashion Designers of America] against all odds — and then work together to kick open the doors at the Met.”

The politician summarized the message behind her dress, writing, “The time is now for childcare, healthcare, and climate action for all. Tax the Rich.”

For critics who objected to her attendance at the event — a lavish gala with some of the biggest stars in entertainment in attendance, alongside burgeoning voices in fashion — Ocasio-Cortez noted that “NYC elected officials are regularly invited to and attend the Met due to our responsibilities in overseeing our city’s cultural institutions that serve the public. I was one of several in attendance.” Along with Ocasio-Cortez, Mayor Bill de Blasio of New York City also attended the event with his wife and son.

Ocasio-Cortez has consistently shown in her young political career that she will use every opportunity she can to send a message. The U.S. Representative has engaged with voters in New York City for the past few years via social media and grassroots mobilization, discussing her hopes for a Green New Deal, pay equity, and more. And on the evening of the Met Gala, Ocasio-Cortez proved, like so many in fashion before her, that style can transcend fashion and make a bold political statement. 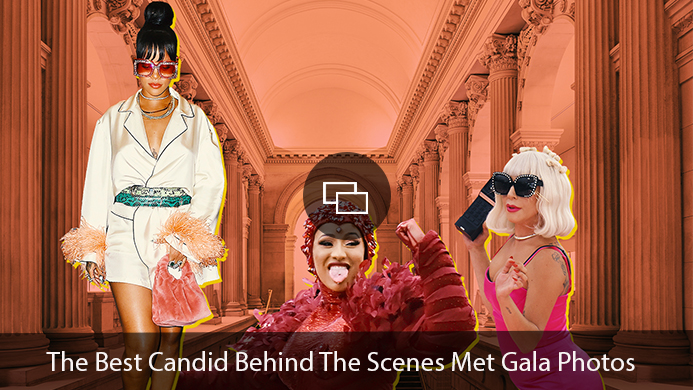