Angelina Jolie has never been a celebrity interested in social media until now. The Oscar winner joined Instagram on Friday for a very powerful reason — to give a voice to a teenage girl in Afghanistan, who is seeing firsthand how her country has been affected by the U.S. military withdrawal and the takeover by the Taliban.

Jolie posted a carousel of three photos: a cover shot of the letter, a close-up photo of the letter and a striking image of seven Afghan women looking out to the horizon with their backs turned away from the camera. The Maleficent star’s caption hit hard because it brings home the devastation seen in the country to a very personal level. “This is a letter I was sent from a teenage girl in Afghanistan,” she wrote. “Right now, the people of Afghanistan are losing their ability to communicate on social media and to express themselves freely. So I’ve come on Instagram to share their stories and the voices of those across the globe who are fighting for their basic human rights.”

She goes on to share a personal story about her own journey with the citizens of Afghanistan going back 20 years ago. As a longtime activist for refugees’ human rights, Jolie felt that it was time “to be a part of the effort to amplify their voices” since she’s extremely concerned about the “women and young people in Afghanistan” under the current circumstances, according to a People source. The mom of six will likely continue to use her platform as the chaos in Afghanistan continues to unfold and that’s why she’s calling on her fans and 1.5 million followers (and growing) to help her.

“Like others who are committed, I will not turn away,” she summed up. “I will continue to look for ways to help. And I hope you’ll join me.”

Before you go, click here to see all the celebrity women who are 5 feet, 9 inches tall or over. 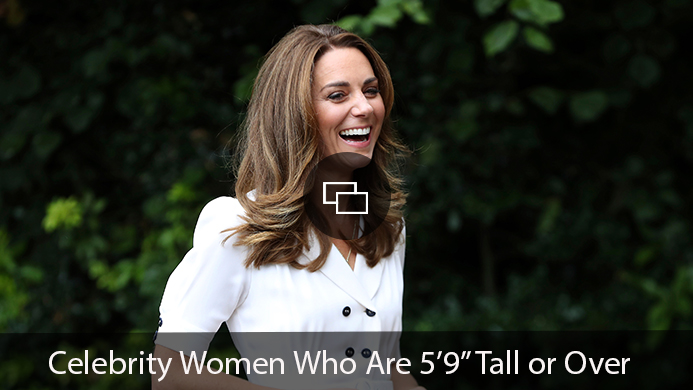