After more than a year of going through her very public divorce, Kelly Clarkson seems more than ready to start a new chapter in her life. The singer and eponymous talk show host has already bought a new house for her young children to fully enjoy, and her career is just continuing to reach new heights. Clarkson’s professional achievements have been building for a while, and her ex-husband, Brandon Blackstock’s, reported insecurity with his former wife’s success might have been a contributing factor to the end of their marriage, and we hate the way it sounds like this dynamic was making her feel.

According to a new report from Us Weekly, Blackstock, who served as Clarkson’s manager during their marriage, grew increasingly resentful of his wife’s success. “The relationship had been on the rocks for a long time,” a source shared with the outlet. “She was the high-income earner with a wildly successful talk show, and is the star of another hit show, The Voice. Brandon was extremely jealous of it and made her know it.”

A source close to Kelly Clarkson reveals why she is holding off on entering the dating world again. They also specify the type of potential partner Clarkson is looking for. 👀 https://t.co/SNqMQEyRnj

By the time Clarkson had her talk show, a coaching role on The Voice, and was working on new music, her income was reportedly in the millions. She eventually became concerned “that Brandon was just using her for her money and lifestyle” toward the end of their marriage.

“The marriage was really, really awful at the end. … Kelly felt that she could no longer trust Brandon. She had a lot of questions that he just couldn’t answer,” the source went on. “She just wasn’t willing to look the other way anymore.”

Now, Clarkson is feeling “extremely confident” about what the future holds. The singer has always been incredibly vulnerable when it comes to sharing certain experiences from her life with her fans and the public. Over the course of her divorce, she’s been forthcoming about the various challenges she’s met along the way. Her successful career should never impede her from experiencing a flourishing personal life, and we can only hope she continues to ride her brilliant success with so much confidence for years to come.

Before you go, click here to learn about more celebrity couples where the woman has a higher net worth. 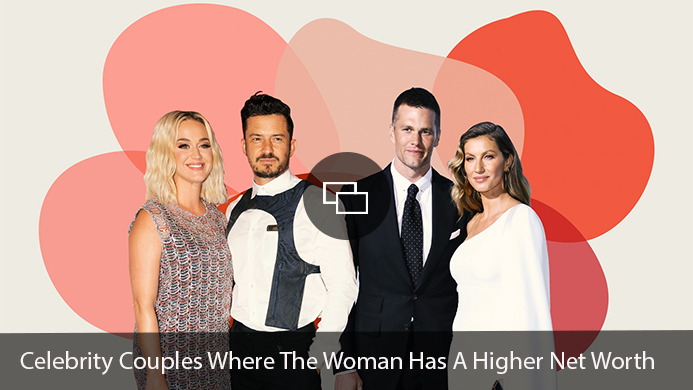