In a year full of surprises, this might be one of the biggest and best! Outlander star Caitríona Balfe and her husband, Anthony “Tony” McGill, welcomed their first child together, and the way the actress made the announcement was nothing short of incredibly touching and personal. The Outlander actress had been fairly low-key on social media over the course of the past several weeks, and only just revealed that she and her husband of two years were now first-time parents.

“I’ve been off socials for a while as I was taking some time to enjoy cooking up this little human,” Balfe began the caption to her post, which featured a black and white photo of her fingers intertwined with her baby’s tiny hand. “We are so grateful for this little soul ….that he chose us as his parents. I’m in awe of him already and can’t help stare and wonder at all the possibilities of who he will become, where he will go and what he’ll do on the big adventure of his life.”

“Right now he seems so small and fragile and I constantly think how grateful I am that I live in a place, in a time where he is born into peace and safety and yet at the same time I see so many in the world right now that aren’t afforded that same privilege and opportunity … who are born into famine or war and how unjust it is that the same safety isn’t there for all children,” the actress continued.

“Here in the west we have so much, we are so lucky and so if you’d like to join me in supporting any of the wonderful charities that need help trying to give those that are forgotten dignity and hope, we can give the gift of peace and safety and opportunity to a few more children.” Along with her thoughtful words, Balfe tagged organizations such as UNICEF, UNHCR, the UN Refugee Agency, and World Child Cancer.

It’s so clear just from this precious birth announcement that Balfe and McGill made a concerted effort to keep this new chapter in their lives as private as possible. We’ve always loved how much Balfe has used her platform for good, along with her fun behind-the-scenes photos from the Outlander set. It’s such an exciting journey ahead for the actress, and we cannot wait to watch it unfold!

Before you go, click here to learn why Claire Fraser of ‘Outlander’ is the best mom of all times. 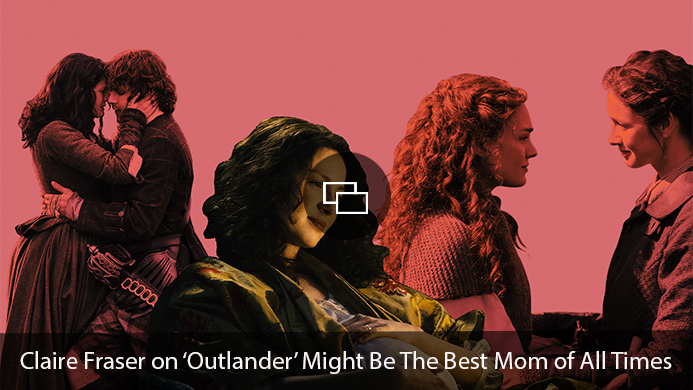