In “are we really that surprised” news, Mel Gibson is the star of a new viral video in which he is seen saluting Donald Trump. The clip is blowing up the Internet with many pointing out that the actor has expressed some extremely offensive opinions in the past, so his support of the former President is not out of character.

Related story 10 Times Donald Trump Has Talked About Women's Looks, Because Apparently Mar-a-Lago Has No Mirrors

First posted by conservative outlet The Columbia Bugle on Twitter, a bearded man in the crowd, who is watching Trump arrive at the UFC 264 fight between Conor McGregor and Dustin Poirer on July 10, is seen awkwardly saluting as the former President walks by. It took some eagle eyes to catch the brief moment of the black polo shirt-wearing gentlemen, standing just behind a blonde woman at the front, gesturing to Trump as a security team moves him quickly past the people assembled outside the Los Vegas arena to catch glimpses of celebrities there to see the fight.

Snopes confirmed the video as legit and the man as Gibson, and other videos and photos from the event show the actor and director in the same shirt and with the same beard. Trump did not acknowledge Gibson as he passed him, and it is unclear whether he saw the actor in the crowd.

Some on Twitter pointed out that Gibson has a history of making racist, homophobic, and anti-Semitic statements, and contending that his beliefs would align him with supporting former president Trump.

“Of course Mel Gibson would stand and salute Donald Trump as he entered a UFC competition in Las Vegas,” wrote @MikeSington on Twitter. “That’s what one racist, misogynistic, homophobic, fascist does to another. Scum of the earth salutes scum of the earth.”

“Makes sense, they each hold the same opinion of women,” added another tweet.

We have no idea whether Gibson and Trump actually share a friendship, or whether Gibson’s salute indicates he’s supported Trump politically in the past and plans to continue. But it’s safe to say this gesture of alliance is not stirring up much long-lost love for Gibson.

Before you go, click here to see all the celebrities who conspiracy theorists believe are among the Illuminati. 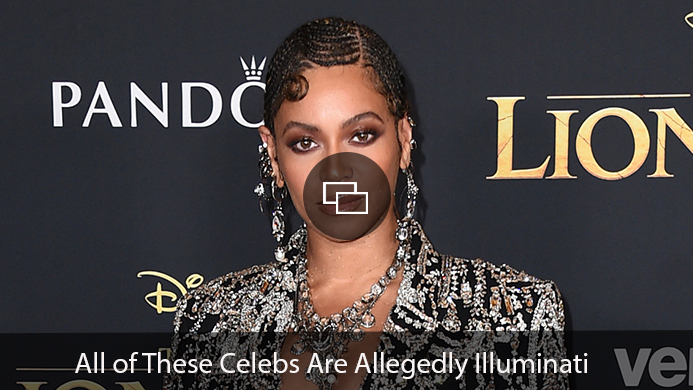