This timing has to hurt! This past Friday, Kate Middleton, Duchess of Cambridge, attended Day Five of Wimbledon to the great delight of onlookers and fans — then, hours later, she found out that she had been exposed to someone who tested positive for COVID-19. Kate began isolating that evening and has since skipped a weekend worth of royal duties with Prince William as she shields herself from any further contact with others. While Kate and William have both been fully vaccinated, publicly sharing photos from each of their first appointments this May, the Duchess is nonetheless following suggested self-isolation protocol in wake of the known exposure until her continued negative status for COVID-19 can be confirmed.

In a statement to Entertainment Tonight and others this Sunday, a royal family spokesperson confirmed that Kate had been exposed to a person who tested positive for COVID-19 and had entered isolation: “Her Royal Highness is not experiencing any symptoms, but is following all relevant government guidelines and is self-isolating at home,” the statement said.

Per ET’s royal source, Kate was rapid-tested for COVID-19 before her attendance at Wimbledon (and her previous attendance at the Euro Cup on June 29), and had received a negative result. She also followed all of Wimbledon’s protocol for mask-wearing. But the royal family is not taking any chances with the Duchess’ health, and she may now isolate for up to 10 days, per the UK’s guidelines in case of close contact with someone who has COVID-19.

Celebrating the 73rd anniversary of the NHS with a special #NHSBigTea for NHS staff at Buckingham Palace ☕ pic.twitter.com/2mZ51OtmKV

— The Duke and Duchess of Cambridge (@KensingtonRoyal) July 5, 2021

Meanwhile, William has bravely soldiered on to host royal events on his own, like today’s Big Tea event honoring National Health Service staff and frontline workers. He and Kate had jointly planned the event with the Queen’s permission and had envisioned it as a celebration of the return to garden parties, and though we’re sure Kate would have loved to be there, we’re equally sure William held court just fine on his own.

At this particular moment, we’re glad to see Kate modeling cautious behavior with regard to the abated, but still ongoing pandemic. Her garden party return will be all the more magnificent knowing she took no chances with her health or anyone else’s.

Before you go, click here to see the best royal family photos of the past 20 years. 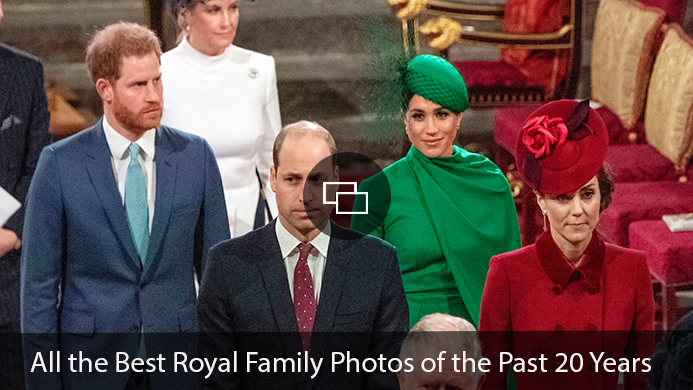