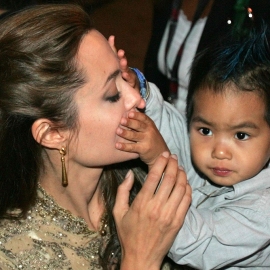 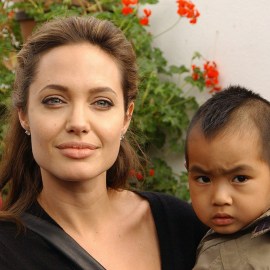 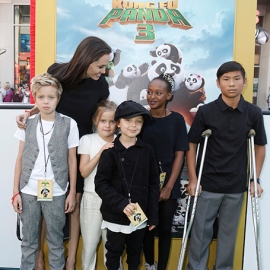 Angelina Jolie is going to fight for her children every step of the way in her custody battle with ex-husband Brad Pitt. This isn’t the ideal situation when it comes to co-parenting amicably, but the Maleficent actress has raised concerns that her older kids’ voices aren’t being heard in the case.

In May, Pitt was awarded joint custody of five out of their six children, Pax, 17, Zahara, 16, Shiloh, 15, and twins Knox and Vivienne, 12. (Oldest son Maddox is 19 years old and not subject to the custody case.) While Maddox’s testimony was heard and was reportedly not “very flattering” toward his father, per Us Weekly, Pax, Zahara and Shiloh’s opinions were not considered in this matter. Per California law, children 14 and over are permitted to “address the court regarding custody or visitation” if the judge allows it.

Does Scott Disick want to get back together with Kourtney Kardashian again? https://t.co/VeWe7yL06y

Jolie is taking the ruling back to court for an appeal on July 9 before a panel of three justices, who will hear both sides of the case, according to Us Weekly. After being “bitterly disappointed” by the first outcome, she hopes her older children will be empowered to have a voice in this matter and that their health and safety will be considered after the 2016 domestic violence incident.

The joint custody ruling was a win for Pitt, who has maintained his sobriety after the divorce, but a lot of damage has been done in his relationships with all of six of his brood. Maddox has sided with his mother in the case and the three older teens have likely formed a very strong opinion as well. No matter what the outcome is in this case, it’s going to take years of healing from this battle that no one is going to win.