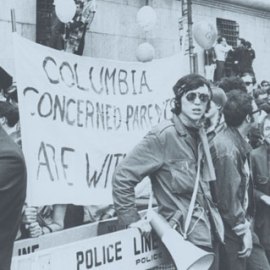 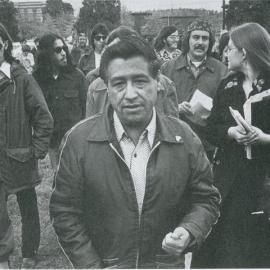 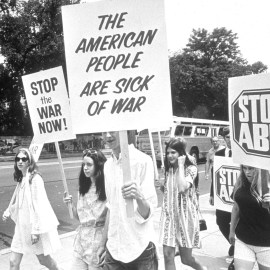 High school graduation is one of the most exciting milestones in any teenager’s, or parent’s, life — especially when the graduate is the first family member to finish high school in the family. Such is the case for first generation grad Ever Lopez, whose family won’t surely won’t forget the ceremony— but not for reasons one might expect.

Lopez, a senior graduating from Asheboro High School in North Carolina, wore a Mexican flag adtop his graduation gown to honor his family, as he was the first one to graduate. He was then aghast to find that, for this reason, the school would withhold his diploma.

After unsuccessfully attempting to remove the flag, the principal handed Lopez a diploma holder — without a diploma inside. Lopez and his family were then escorted off the school campus following the ceremony, in response to “a request” from the principal, the Asheboro police said.

The school has since asked the high school senior to “apologize” in exchange for his diploma.

Lopez’s cousin, Adolfo Hurtado, captured both moments — the diploma denial and subsequent removal from the property —  and shared them to TikTok. The clips have since gone viral, sparking outrage: The day following the incident, a group protested on campus, demanding the school “free Ever’s diploma,” and an online petition requesting the same has 94 thousand signatures as of June 6.

The school continues to deny Lopez his diploma however, citing a dress code violation that “detracted from the importance and the solemnity of the ceremony,” according to a statement from Asheboro City Schools. “Graduation is a milestone event and it is grossly unfair for one individual to diminish this event by violating the dress code.”

Hurtado, Lopez’s cousin who is behind the TikTok videos, told SheKnows he is still upset by what happened. “I’m highly upset with the lack of professionalism on behalf of the principal. Things could have been handled in private when the father asked to give the diploma and we’d ignore the situation,” he said. “There was an interpreter present so there was no lack of communication, and it’s highly upsetting that they are changing the narrative.”

He also made sure to add that “the family does not support that individuals from the public have made threats to the principal and have made her feel unsafe,” and clarify that “no one from the family has states to news or social media that the police were called to the house.”

Hopefully the situation will be sorted, and Ever Lopez will be able to officially receive his diploma soon.