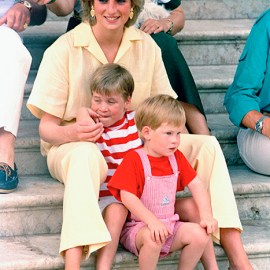 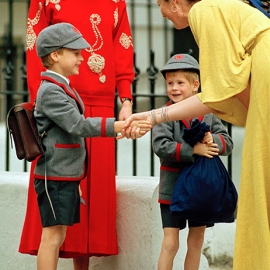 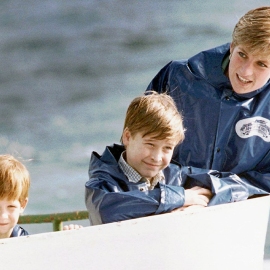 The royal family wants to forgive and forget! Or, at least, settle some bad blood — come 2022, that is. Per Page Six, Queen Elizabeth II “absolutely” plans on inviting Prince Harry and Meghan Markle to her Platinum Jubilee next year celebrating 70 years she’s been on the throne, and several royal insiders insist that the couple will not be “iced out.” This sounds like a fairly big reversal of their attitude toward Harry when he last came to the UK for Prince Philip’s funeral, but suggests that the royals’ long-term strategy is to make peace with the Sussex couple and hopefully reintegrate them into the Firm if possible.

Here’s what one Page Six source had to say about Harry and Meghan’s appearance at the long-awaited Platinum Jubilee: “Of course they’re invited, it’s a family event!” The source added hat Prince Harry and his brother Prince William both wore their Jubilee medals at the Prince Phillip’s funeral in April.

Another insider reiterated that “so much” can happen in a year, and that the family will surely want to see the Prince Harry and Markle’s newborn baby girl, who is due this summer.

Princess Diana's friend is coming out in support of Meghan Markle. https://t.co/kMTyEKYkkb

This news is surprising, to say the least, considering how Prince Harry’s last visit to the U.K. went, during which Prince Charles refused to speak to his own son without a “witness or mediator present. Not to mention the reports that that Prince Charles is “freezing Harry out,” and that he’s “already out.” And, you know, the royal family feud over all.

That said, there no way to know whether Harry and Meghan will accept (or even acknowledge) the invitation. Because while the royal insiders’ commentary seems promising, it’s difficult to imagine the family moving on as if nothing happened, going so far as to express sudden interest in meeting Prince Harry and Meghan’s daughter. Peculiar!

Whatever the case, the Platinum Jubilee will take place in June 2022, celebrations lasting over the course of four days. Hopefully this Jubilee won’t be quite as theatrical as the last, when the late Prince Phillip was rushed to the hospital with a bladder infection.

It remains to be seen how the Duke and Duchess of Sussex will respond.