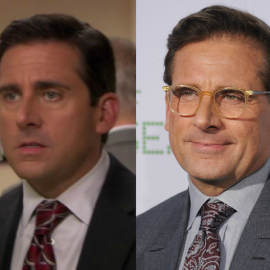 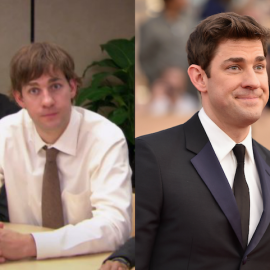 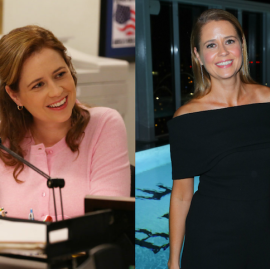 Where the Cast of The Office Is Now 15 Images

Ellie Kemper, best known for her quirky roles on The Office and The Unbreakable Kimmy Schmidt — the latter of which stars Kemper as Kimmy, a religious cult escapee who starts anew in New York City — may actually have been involved with a creepy religious organization in her youth not so unlike her on-screen persona. In 1999, a 19-year-old Kemper was crowned the “Prophet Queen of Love and Beauty” at the Veiled Prophet Ball, an annual event put on by the controversial Veiled Prophecy Organization. Founded by wealthy and prominent families in 1878, the VPO has strong ties to white supremacy and racism in St. Louis, Missouri.

According to a 2014 article published in The Atlantic, the Veiled Prophet organization “emphasized the existing power structure” in the area, and was created in response to “growing labor unrest” between races in the city. What’s more, VPO parade floats often depicted disturbing racial stereotypes, and, unsurprisingly, Black members were barred from the organization for over a century — per Newsweek, they were only allowed to join in 1979. Thus, the Veiled Prophet Ball often served as a site for racial protests, as civil rights activists condemned its “racism and elitism.”

While Kemper’s history as Prophet Queen has technically been public knowledge for some time (it was published in local like the St. Louis Post-Dispatch and noted on the pageant’s Wikipedia) the news caught fire again over the weekend, when @HereIsMySpout tweeted, “Ellie Kemper the actress who played Erin Hannon on The Office and starred in The Unbreakable Kimmy Schmidt has been outed as a KKK Princess.”

The tweet went viral almost instantly, and thousands of tweets followed up with context: “[The Veiled Prophet Ball is] A fancy event put on by our local KKK, of which Ellie Kemper was once the Queen of Love and Beauty,” Twitter user @hannastasia explained, later clarifying she meant to type “our local version of the KKK.” @Hannastasia also tweeted an image of a newspaper clip from the 1999 ball, headlined “Freshman, 19, at Princeton U. Is new Veiled Prophet queen,” alongside a photo of a teenaged Kemper. “Kemper is the 105th young woman to be so honored by the Veiled Prophet organization,” the article says. “She wore a white satin square neck gown designed by Tomasina and purchased at Saks Fifth Avenue.”

it really is something that Ellie Kemper was the star of a tv show about a woman who leaves a racist cult and tries to rebrand herself while pretending it never happened. no reason why I'm bringing this up of course.

“it really is something that Ellie Kemper was the star of a tv show about a woman who leaves a racist cult and tries to rebrand herself while pretending it never happened,” TV critic Jon Negroni tweeted, pretty much saying what we were all thinking.

We’re interested to see what Kemper has to say now that this peculiar part of her past has gone viral.

SheKnows has reached out to Ellie Kemper’s representative for comment.