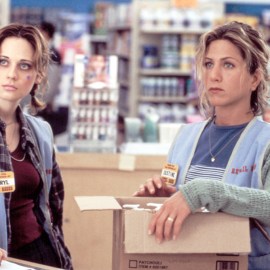 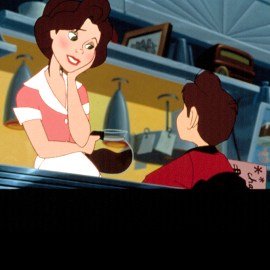 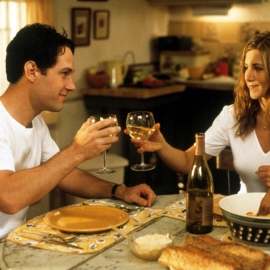 Friends fans are having an unexpected reaction to Matthew Perry’s appearance in the show’s reunion promo. While some were quick to leap on Perry’s apparently slurred speech and slower speaking style in one clip, others have rushed to the actor’s defense and reminded us of his bravery and honesty in fighting addiction in the years since Friends.

The clip, which was published on People and YouTube to promote the upcoming Friends reunion, features the six former cast mates — Jennifer Aniston (Rachel Green), Courteney Cox (Monica Geller), Lisa Kudrow (Phoebe Buffay), Matt LeBlanc (Joey Tribbiani), Matthew Perry (Chandler Bing) and David Schwimmer (Ross Geller) — fondly reminiscing about their time on the award-winning sitcom. The video captures their reunion with impeccably re-created sets of what they called home for 10 iconic seasons: Joey and Chandler’s apartment, Rachel and Monica’s unit across the hall, and the crew’s favorite coffee locale, ‘Central Perk,’ had all been flawlessly restored to their former TV-worthy glory.

“I was flooded with 10 years of irreplaceable memories,” Courteney Cox told People.

But critics were quick to push past the positive, instead choosing to nitpick something especially negative: Matthew Perry’s speech patterns.

Fans are concerned about Perry’s well-being after seeing him speak in the video, as the actor demonstrated a delayed speech pattern, slurring his words. That said, some chose to focus on his appearance. “Just saw People interview and can’t believe how Matthew Perry looks like… seriously it breaks my heart,” one user tweeted, per Page Six.

“It pains me to see Matthew Perry like this, he just seems off, gazing at the void, speaking slowly,” another wrote.

These unsolicited comments are especially heartbreaking considering Perry’s past with substance abuse and addiction. In 2013, Perry admitted to having a hard time looking at himself amid the Friends era.

“I honestly recoil. It’s scary to look at that. I was a sick guy,” he told ABC News. Matthew Perry has been open about his sobriety since, even turning his home into a men’s sober living facility.

One would think that his ongoing struggle with sobriety and willingness to be candid about his experience would buy him some empathy. And fortunately, it did — from some fans, at least. In light of the initial unsavory comments, other Perry fans have been quick to come to his defense.

“It’s really disheartening whenever Friends is brought up and people feel the need to talk shit about Matthew Perry’s appearance,” one fan tweeted. “He’s struggled with addiction and been through so much but y’all are so concerned about his looks when you should just be grateful he’s still alive.”

It's really disheartening whenever Friends is brought up and people feel the need to talk shit about Matthew Perry's appearance. He's struggled with addiction and been through so much but y'all are so concerned about his looks when you should just be grateful he's still alive.

Another concurred. “let’s not use the friends reunion to make fun of the way matthew perry looks these days. people age, funnily enough. matthew has been through A LOT since friends wrapped up in 2004. be respectful instead of judgmental. hard block me rn if you think making fun of him is funny.”

We’re grateful Friends fans are coming to Matthew Perry’s defense. No one deserves to be mocked, especially when gearing up for a major televised reunion to which we’re all looking forward.