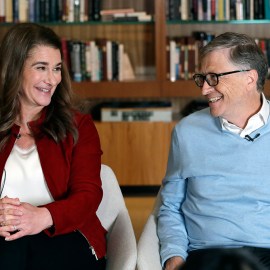 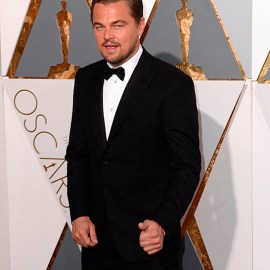 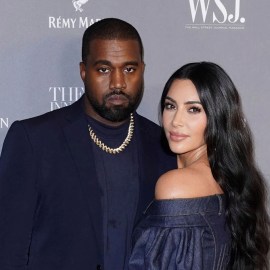 Since the news broke that Bill Gates and Melinda Gates are going their separate ways after 27 years of marriage, the reports coming in on Bill Gates have been hot and heavy: he vacationed with ex Ann Winblad every year. He had a number of meetings with convicted sex trafficker Jeffrey Epstein that Melinda wasn’t so fond of. He had at least one confirmed affair with a Microsoft employee and allegedly may have asked out or dated others, per a recent New York Times report. Given the high net worth at stake here, there has been teasing conversation on Twitter that Melinda could be behind these reports in a ploy to secure her rightful share of assets given Bill’s alleged misbehavior — but according to attorney Lois Liberman, a partner at Blank Rome LLP, it’s actually highly unlikely that Melinda is behind these reports. In fact, Melinda could have a lot to lose if she ends up being blamed as the source of said reports, depending on how their separation agreement is structured.

Related story Who's Worth More in These Celebrity Couples? We Compared Net Worths

Liberman, who has a long history of handling pre- and post-nuptial agreements and equitable asset distribution at Blank Rome, told SheKnows that it’s highly likely Bill and Melinda’s separation agreement, referenced in the Twitter announcement of their split, would include a provision on confidentiality with regard to one another’s personal affairs.

“I would presume that the parties’ Separation Agreement, which they most likely have been working on for quite some time, and which is now signed, sealed and delivered, contains a provision that requires Melinda not to speak with the media or to publish anything (whether via any social media, article, book, even fictional) that relates not only the terms and provisions of their agreement but also their personal lives,” Liberman told us. “Discussing their personal lives would also include what she knew or didn’t know about Gates’ involvement with Epstein.”

Interpreter Zhe Wang responded to the accusations that she was involved in Bill Gates' divorce. https://t.co/4qjWBqCvRj

If Melinda were to violate that provision by, say, leaking a story to a reporter about meetings between Bill Gates and Jeffrey Epstein, that could put the terms of her divorce settlement at risk, Liberman explained further.

“There might be some type of liquidated damage clause or some financial penalty should Melinda violate such a provision. Whether this means that there are funds or assets held in escrow or potentially some reduction in contemplated payments over time, it is likely that there might be financial incentive to remain mute on this issue. There would most likely be a caveat/exception to that type of provision which would allow her to speak in the event that some governmental agency required it or if she was subpoenaed – but with Epstein’s death, that is probably unlikely.”

In 2019, Bill Gates representative Bridgitt Arnold told the Wall Street Journal this about the billionaire’s meetings with the late Epstein: “Bill Gates regrets ever meeting with Epstein and recognizes it was an error in judgment to do so.” Gates’ representative declined to comment further and referenced this statement again in 2021 when the Journal reported that these meetings with Epstein played a role in Melinda’s decision to file for divorce. A representative for Melinda Gates has declined to comment further.