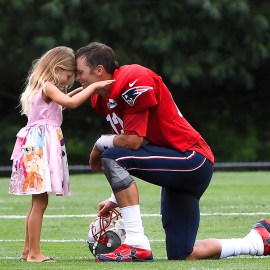 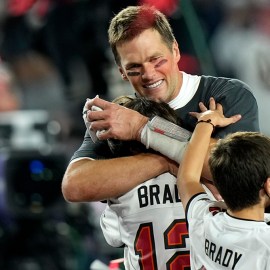 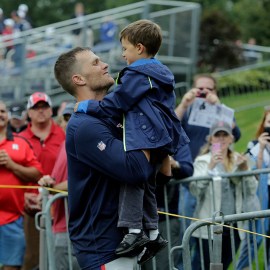 The level of respect between Tom Brady and Bridget Moynahan continues to grow as the NFL star honors his ex, and mother to their son, Jack, 13, on Mother’s Day. We’ve already raved about their co-parenting standards, but it’s so nice to see the actual bond between them as friends.

On Sunday, Brady went on a Mother’s Day messaging spree sending warm wishes to wife Gisele Bündchen, mom Galynn Brady, mother-in-law Vania Nonnenmacher as well as his sisters and sisters-in-law. His Instagram Story was a complete love fest to all of the moms in his life — and yes, that included his ex. She got her own shout-out featuring all of Jack’s parents: Moynahan, Brady and stepmom Bündchen. “Happy Mother’s Day @bridgetmoynahan,” he captioned the photo.

The duo has come a long way from those strained early days of their breakup while she was pregnant to now supporting each other through life’s major milestones. The co-parenting part came first and the friendship, which took much longer to heal, came next. “Going through that traumatic time of being heartbroken and then being pregnant turned my whole life upside down and inside out and just knocked the wind out of me,” Moynahan told Harper’s Bazaar in 2008. “But I got so much out of that. It’s golden and it’s tough and it was f–ked up. But now I have a child and it’s the best thing in the world.”

And of course, all of those new mom moments came at a time when Brady had already moved on to another high-profile relationship with a supermodel. It’s completely understandable why things were so fragile between them — there were a lot of emotions to process in those first few years.

But as Brady and Bundchen built their family and Moynahan married Wall Street brokerage owner Andrew Frankel, the exes realized that there was just more love to spread around — not only toward Jack, but toward each other. Many exes won’t ever get to this place, but seeing the friendly posts between Brady and Moynahan shows how they navigated a tremendously bumpy road and finally found a smooth path that works for them.