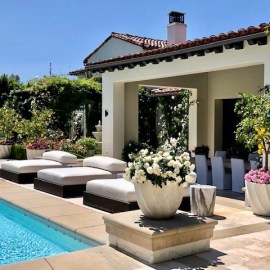 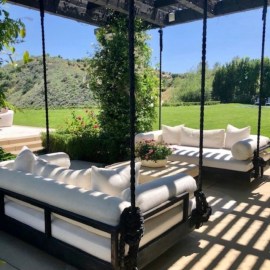 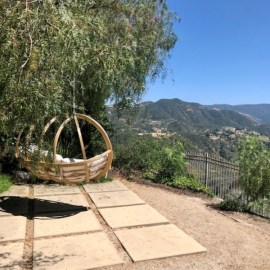 “The ones that are meant to be, are the ones who go through everything that is designed to tear them apart and they come out even stronger than they were before,” Khloé Kardashian wrote in a caption on Instagram. The picture, dated March 13, 2021, shows herself with her 3-year-old daughter True and True’s father, NBA player Tristan Thompson. But the queen of IG affirmations is going to need to come up with some kind of new quotes after the latest allegations that Thompson has once again strayed from their on-and-off-again relationship just a few weeks after this picture posted. Many of us have long wondered why it seems like Khloé just can’t move on from this man who’s broken her trust so many times — and in looking at the Kar-Jenners’ history of family planning, we’re wondering just how much of her decision was influenced by wanting to have all her kids by the same man, no matter the cost.

Let’s start with a brief refresher on this duo, because their complicated past fits in perfectly with the Kardashian brand of men: the kind that just don’t seem to last. Around 2016, Khloé became romantically involved with Thompson, and the couple announced they were having a baby a year later. It was all, of course, captured for TV audiences — including Thompson’s coming indiscretion. Right around the time Khloé was expecting to have her baby, Thompson was caught on camera in an interlude with two women at a club, and the shocking moment even seemed to have induced Khloé’s labor — or so it appeared on Keeping Up With the Kardashians.

Thompson’s first indiscretion caused a major upheaval within the Kardashian clan because everyone — except for Khloé — had daggers on Thompson. Khloé at first kept her cool for the sake of the baby, but a year later, when Thompson cheated on Khloé the second time, this time with sister Kylie Jenner’s BFF Jordyn Woods, Khloé let him have it. And it wasn’t pretty. Not only did she scream at him during a drunken stupor, but she also made a fool of herself by wrongly shaming Woods.

Khloé seemed to finally be done with Thompson for good when the pandemic came along, Khloé got COVID-19, and Thompson found his way back into her life. Pretty soon, she was talking about baby #2, even discussing the idea of undergoing IVF to have another one of his children.

“I froze my eggs once already and when I was ready to make embryos with Tristan, I was making embryos,” Khloé said on the show.

“My plan was to have kids closer in age, but now with COVID and everything, my plan’s been a little delayed,” she added. “But I definitely do want more kids.”

So, why jump so quickly into family planning given their rocky past? You see, the Kardashian women all seem to really value having their kids by the same father, even if they’re not technically with them or even if they don’t see a future with them. It’s as if they’re trying to undo the “Kardashian relationship curse,” which dooms most mere mortals who step into their über-famous orbit, by any means necessary.

Case in point: Kourtney Kardashian. She played around with the idea of possibly having a fourth child with Scott Disick while they were both in between relationships. And in 2017, Disick said that he wanted to expand their family in the future — even if they weren’t necessarily back together. Kylie Jenner, who shares daughter Stormi with ex Travis Scott, was all about baby #2 when they were together, writing “let’s f**k around and have another baby” in a 2019 birthday message on Instagram, and she’s confirmed she wants more kids. But since the breakup, she’s been quiet about having any more kids — possibly because she’s waiting until he’s back in the picture to pick back up her plans.

While Kim Kardashian and Kanye West’s relationship didn’t experience the same ups and downs, Kim also chose to ensure that all four of her kids would have the same set of genetic material by using previously frozen embryos with two different surrogates for her third and fourth kids, Chicago and Psalm. All of this brings us to the question: So what if siblings have different dads? What’s the big deal?!

It shouldn’t be a big deal at all. But in Khloé’s sticky situation, cheating rumor #3 just might delay her plans to grow her family once again. In the last few weeks, a woman named Sydney Chase has come out with claims that she had an affair with Thompson. And while we have no confirmation that the rumor has serious basis (and Thompson is supposedly threatening to sue her), it’s unlikely that Khloé will move forward until she gets more clarity on what really happened.

If Khloé really is determined to only have her kids by one dad, her frozen embryos created with Thompson’s sperm may be delayed once again until this rumor is figured out. According to unverified screenshots posted by Chase, Khloé allegedly even reached out to Thompson’s accuser, presumably to get to the bottom of things. Her embryos deserve to know the truth!

All kidding aside, Khloé, if you’re reading this: it doesn’t matter if you’re with Thompson or not. Give life to those embryos regardless of Thompson’s intentions, if that’s what you want. Live by your quotes. Like this one: “I don’t believe love is fickle. I believe when you love someone, you are allowed to love from afar. You don’t have to be with that person in order to love him.” If you want to give True a sibling, go ahead, and don’t feel you have to be with him to do it.

Men will come and go, but siblings are forever.