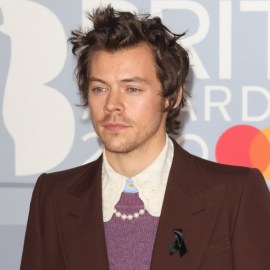 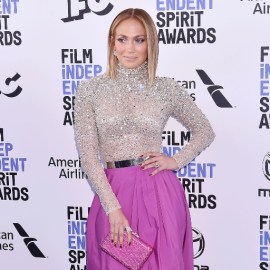 Trisha Yearwood isn’t completely over her battle with COVID-19 after being diagnosed in late February. Even though she’s now free from the virus, she has some lingering symptoms that make her job as a chef that much harder. On Tuesday’s episode of The Kelly Clarkson Show, the country singer revealed that she hasn’t regained her sense of taste or smell yet.

Yearwood first noticed the symptoms about five days into her illness. Her husband, Garth Brooks, makes her coffee every morning, but that day, she noticed something different. “I love you, but did you… this is weak coffee,” Yearwood recalled to Clarkson. “It was just like that.” She’s been dealing with the COVID-19 long haul symptoms for about eight weeks and she hopes it subsides soon because it’s affecting the thing she loves to do most — eat and cook.

She hasn’t had much of an appetite because her sense of smell is so tied to her food palate. “It’s so weird because [eating] is so much about taste and smell,” she said. “And if you can’t smell you don’t really [crave food], so now it’s all about texture.” The one thing she can taste is anything spicy, so her meals involve “lots of hot sauce.”

When it comes to cooking, she has to rely on her in-house sous chef — aka her husband. “I love to cook so now when I cook, I just ask Garth, tell me if it needs more salt and pepper,” she laughed. “It’s the weirdest thing.”

While Brooks didn’t catch COVID during his wife’s battle with the virus, he was a great nurse and tended to her every need. Back in February, he released a statement letting everyone know he was taking care of his queen. “Anyone who knows me knows my world begins and ends with Miss Yearwood, so she and I will ride through this together,” he wrote. “And anyone who knows her knows she’s a fighter and she’s been doing everything right, so I know we’ll walk out the other side of this thing together.”

Yearwood has a good sense of humor about her recovery from COVID-19, but she’s hoping to regain those taste buds soon because she has a lot of recipes she’s ready to tackle.