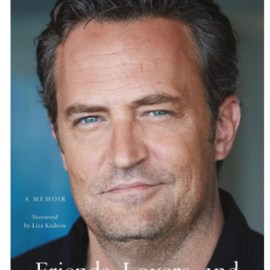 If you follow Mariah Carey’s career, you probably know about a few specific chapters of her life: her public debut, her life post-Tommy Mottola, and her life as a mother. The happiest chapter has been with her twins, son Moroccan (Roc), and daughter Monroe (Roe), whom she had with her second husband, Nick Cannon. Not a week goes by without a family update about her kids on her Instagram or TikTok account — they are a huge part of her world.

As Carey shared in her 2020 autobiography, The Meaning of Mariah Carey, her upbringing was hard and she’s made sure that her children have been raised in a “safe and abundant environment that has been created for them.” She’s a protective mama bear when it comes to Roc and Roe. “Their lives have never been threatened. Cops have never stormed our house,” she wrote, via The New York Times. “They probably have 300 shirts to rotate and donate, and their sweet, soft curls are deeply understood. They do not live in fear. They have never needed to escape. They don’t try to destroy each other.”

While Carey was initially careful about them being in the spotlight — we rarely see them on a red carpet — she’s letting them enjoy moments on her social media pages. It’s pretty clear Roe doesn’t mind the attention, but don’t count Roc out, he’s willing bust a move when the time is right. So as their 11th birthday approaches, we celebrate Carey’s beautiful twins and share some behind-the-scenes fun facts about Roc and Roe.

There’s special meaning behind their names

Carey revealed that she chose the twins’ names for specific reasons. She “wanted them to have the initials MC, like me,” according to her autobiography, via The New York Times. Monroe’s moniker was inspired by Marilyn Monroe while Moroccan owes his name to the decor on the top floor of her New York City apartment. We do love their nicknames, Roc and Roe, but for a long time she referred to her children as “dem babies,” who are now “dem kids.”

Dad is famous, too

Can you imagine Carey as your mom and Nick Cannon as your dad? Even though they are no longer married, the twins’ parents have worked hard to co-parent peacefully. The kids spend most of their time with mom, but dad is always welcome to spend time with Roc and Roe.

Christmas is major in their household

When your mom’s 1994 holiday single, “All I Want for Christmas Is You” rises to the top of the charts each year, you know that you have to celebrate big time. That means Christmas begins the day after Halloween in the Carey household.

With two parents in the entertainment industry, it’s no surprise that they’ve inherited the performance gene. Both Roc and Roe made a cute cameo in Carey’s 2019 25th anniversary music video for “All I Want for Christmas Is You.” Look for them jumping out of the present halfway through the song and popping off some moves in the snow. “Roc and Roe have their own little moment, and that makes me so happy,” Carey said in a YouTube Live Q & A.

Their mom’s not just a regular mom, she’s a cool mom

If you know anything about the pop singer, you know she’s obsessed with the movie Mean Girls. She’s passed her love of pop culture on to Roe and they enjoy celebrating girls’ night with pink pajamas and Lindsay Lohan.

OK, Roc is currently on hiatus from his TikTok account because it looks like mom clamped down on his social media time. His bio reads, “Sorry we can’t be on tik TOK till next year,” but we sure enjoyed all of his 2020 posts. Maybe his 11th birthday is the magical year of his social media return?

They have a Stranger Things obsession

When your mom is Mariah Carey, magical things can happen — things like meeting your idol, Millie Bobby Brown. The twins love the Netflix series Stranger Things, and their favorite character is Eleven. They were lucky enough to meet her in 2019, which Carey dubbed the “best day of their 8 year old lives!”

Their ninth birthday looked a lot like the rest of our birthdays — socially distant and over Zoom. With internet fatigue a real thing over one year into the pandemic, we are going to be watching to see how they celebrate their big 11th birthday.

Roe looks just like her beautiful mama with the same flowing, curly hair and soulful gaze.

He may seem a bit shy compared to his sister, but watch him bust out with a few Ol’ Dirty Bastard lyrics — he’s a total ham.

They love their mom

Carey may be a diva on the stage, but at home, she’s just mom. Her two kids adore their mama and they are her top priority every day. “For me, it’s very important that the kids always feel safe and that they feel seen and heard and that they know that they are loved unconditionally,” she told CBS This Morning. “And that no matter what, I’ll be there for them.”

We already know Mariah Carey is the Queen of Christmas — it’s indisputable. With a hit like “All I Want For Christmas Is You,” which has become an enduring classic more than 20 years following its initial release, Carey has continued to turn out hit after hit during the holiday season. In early November 2021, the Grammy-winning singer released another Christmastime tune with “Fall In Love At Christmas,” featuring Khalid and Kirk Franklin. In the music video, Carey’s twins made a cute cameo, proving the Queen of Christmas is passing down her love of the holiday season to her Prince and Princess.

Before you go, click here to see all the celebrities who are the parents of twins.