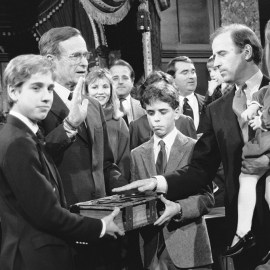 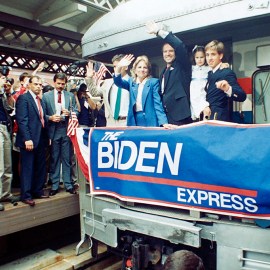 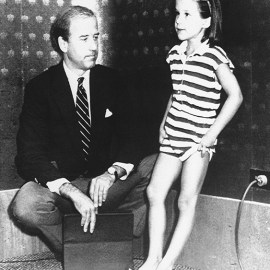 What Meghan Markle critics have long feared is coming to pass: the Duchess of Sussex is teaming up with U.S. government on a new venture. No, she’s not plotting a government role herself — she’ll leave that to Caitlyn Jenner. Instead, Meghan Markle and husband Prince Harry will be accompanying President Joe Biden and First Lady Jill Biden to a massive live concert event promoting vaccination worldwide and hosted by Selena Gomez in connection with Global Citizen. Vax Live: The Concert to Reunite the World will be a live televised event and the first in which Meghan and Harry will be harnessing their influence as global public figures unique from the royal family towards a cause.

The organization Global Citizen has teamed up with the White House’s vaccination efforts to make this show possible, but it’s not an America-specific event, which might have raised eyebrows for Harry and Meghan to be weighing in on. Prime Minister Trudeau of Canada, President Macron of France, and other world leaders are also expected to appear in support of the event’s goal of raising awareness of and accessibility to the vaccine worldwide.

Prince Harry has secured a post-royal paycheck in his new role as CIO of a startup. https://t.co/Jiv9v4eejp

Per Global Citizen’s description, Vax Live is “celebrating the hope that COVID-19 vaccines are offering families and communities around the world” and “calling on world leaders to step up to make sure vaccines are accessible for all so we can end the pandemic for everyone, everywhere.” Along with these world leaders in attendance, you can expect to see further celebs like Chrissy Teigen, Ben Affleck, and Sean Penn, plus performances from Jennifer Lopez, H.E.R., and more.

As Meghan and Harry continue to take on new engagements in their post-royal life, each new move will define how we see them as public figures and how they’d like to be seen. This event, for example, sets them up as more of the next John Legend and Chrissy Teigen than the next Beyoncé and Jay-Z in terms of accessibility and who they appear with. But their next moves could go in another direction entirely.