When we last left The Handmaid’s Tale, head Handmaid June (Elisabeth Moss) was bleeding out in the woods after staging a rescue mission of the children of Gilead. While the children went free, she was left behind — and as the past few seasons of this series have veered increasingly into trauma porn, many viewers worry that upcoming season 4 will be more of the same, especially now that June’s left facing the wrath of Aunt Lydia once again. As the show has gone on, June’s character motivations have grown more puzzling by the episode too, to the point that we get it if part of you feels like June deserved to be left in Gilead. But after a year’s break, The Handmaid’s Tale has the opportunity to return to the must-see show it was when its first season came out — as long as it stops making these mistakes.

As we await season 4 of The Handmaid’s Tale, out on Hulu starting April 28, here are five ways the show can get back on track.

June choosing to return to Gilead at what feels like the finale of every season so far has made her an un-relatable and unlikeable protagonist. Her hatred for and, ultimately, murder of Black Handmaid OfMatthew (Ashleigh LaThrop), her pious walking partner of last season, was arguably the point of no return for the character.

The Handmaid’s Tale has a history of treating its Black characters poorly, when it portrays them at all. The original novel by Margaret Atwood that the show is based on had the Black characters deported to Africa, but the Hulu show includes Black Handmaids, Commanders, Wives and, mostly, Marthas, which are domestic workers. Just because Black characters are featured, though, doesn’t mean they are not treated in a racist manner, as is most obvious in June bullying and manipulating OfMatthew. OfMatthew, or Natalie, finally suffers a breaking point in her mental health, attacks a guard, and is shot. June is then forced to keep vigil at the braindead Natalie’s bedside while she carries her pregnancy to term, during which time June again tries to end her life.

She isn’t the only Black woman to die because of June’s actions: earlier in the season, a Black Martha is hanged for feeding June information about her daughter. While the show has aimed for inclusive casting, it has failed its Black characters. The Handmaid’s Tale seriously needs to take a good, hard look at its treatment of them, and the first step is to stop killing Black women. 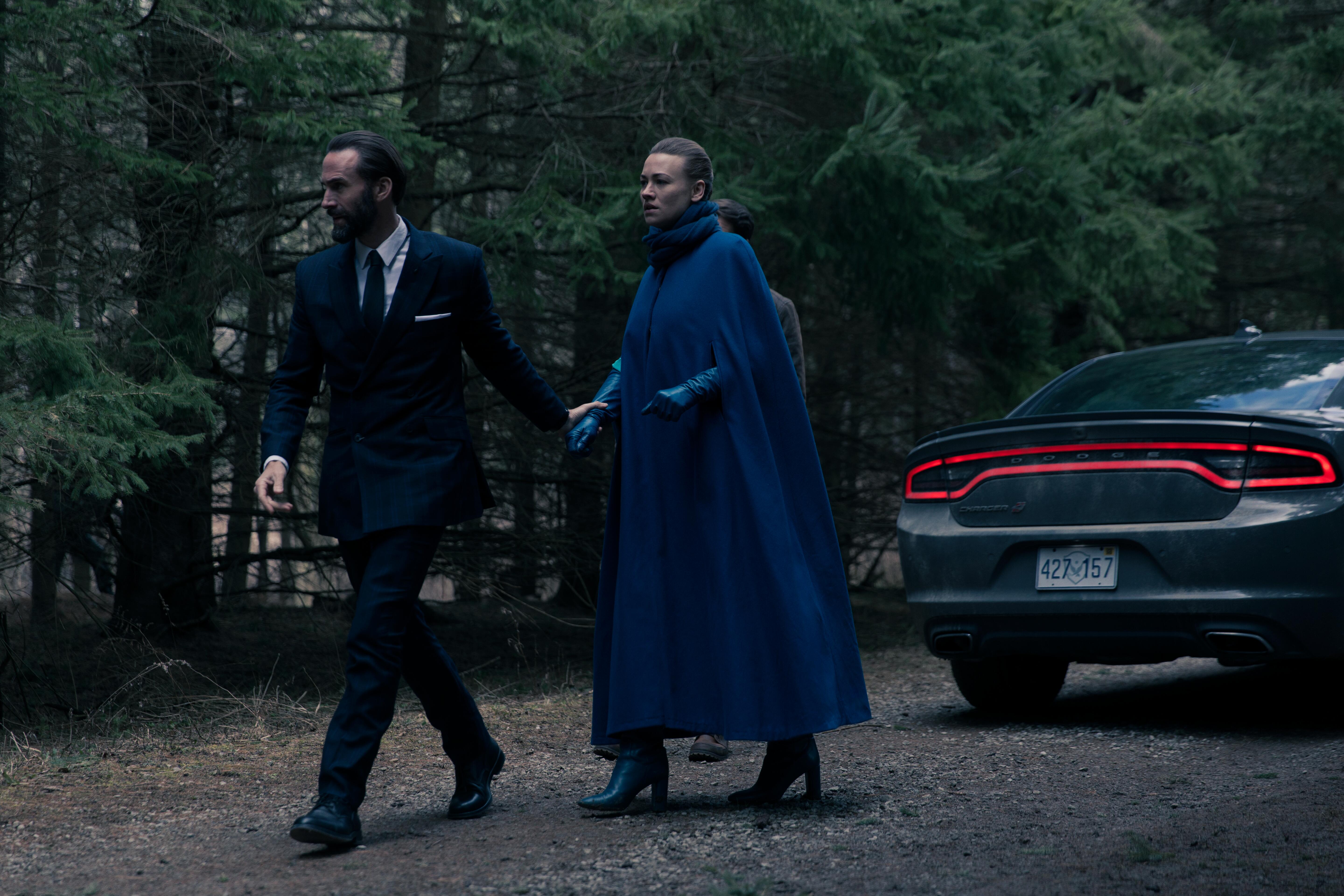 Season 3 was kind of like a romance tour for Fred (Joseph Fiennes) and Serena (Yvonne Strahovski) Waterford, the orchestrators and premiere war criminals of Gilead. They were depicted dancing at balls in Washington, D.C. (if you’ll recall, the marketing of season 3 consisted of the show turning the capitol into an apocalyptic hellscape, something that rings all too true after the events of earlier this year) and rekindling their romance on a road trip to Canada. If The Handmaid’s Tale has any sense, it will read the room and stop romanticizing a couple that’s responsible for the brutal violence enacted in the rest of this world.

Anyone could be forgiven for thinking that the the dystopian land of Gilead was made up of found footage from around the world after the year that was 2020. (Indeed, Atwood famously based the events of the novel on atrocities that had occurred throughout history). I dare say many viewers will have fatigue from, you know, watching the news — therefore a setting change from Gilead in desperate need for The Handmaid’s Tale. Why not focus more on Little America, the Canadian enclave formed by Gileadite refugees, and the far more interesting characters of Emily (Alexis Bledel), Moira (Samira Wiley) and Luke (O.T. Fagbenle)?

4. Commit to June’s Motivations…Or Kill Her Off

By virtue of her aforementioned villainous streak, June is not the feminist hero we’re all rooting for as the series once positioned her to be. She’s manipulative, traumatized, has racist tendencies, and will stop at nothing to save her child still in Gilead. The Handmaid’s Tale should lean into these motivations rather than trying to make her a heroine she’s long since stopped being.

5. Give Us More Samira Wiley

Samira Wiley’s controversial exit from Orange is the New Black left audiences clamoring for more of this fan favorite, so when she was announced to star in The Handmaid’s Tale ahead of the first season in 2017, fans of the actress were excited. But the size of her role has been out of balance with the demand for it, with much of Moira’s storyline taking place outside of Gilead and, thus, the main focus of the show. Moira — and Wiley — deserve more from The Handmaid’s Tale this season.