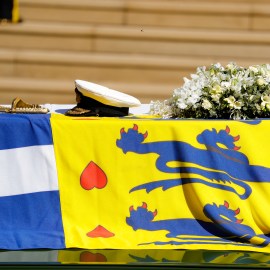 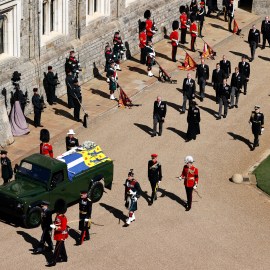 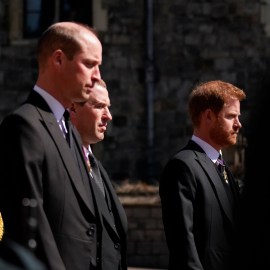 It’s been more than a year since Prince Harry and Prince William parted ways when the Duke of Sussex made the decision to step away from royal life with his wife Meghan Markle. For many royal fans, Prince Philip’s funeral provided a small opening for the two to reconcile in front of the world, albeit under the most unfortunate circumstances. However, when it was revealed that the two princes would not be walking beside each other at their grandfather’s funeral and instead have their cousin act as a buffer between them both, it seemed unlikely the public would witness the heartfelt reunion many had hoped for. So when Harry and William were spotted sharing a moment together after today’s ceremony, we couldn’t help but wonder if it signaled a possible thaw in their currently icy relationship. Is the brothers’ feud finally coming to an end?

As they exited St. George’s Chapel after Prince Philip’s funeral, Prince Harry and Prince William were spotted side-by-side enjoying a conversation. William’s wife Kate Middleton was also seen briefly chatting with her husband and brother-in-law before she stepped away to talk to other royal members. While Kate was only there for a few minutes, we couldn’t help but notice that she was walking beside Harry and not William — perhaps a small but significant hint of how the brothers’ reunion played out? 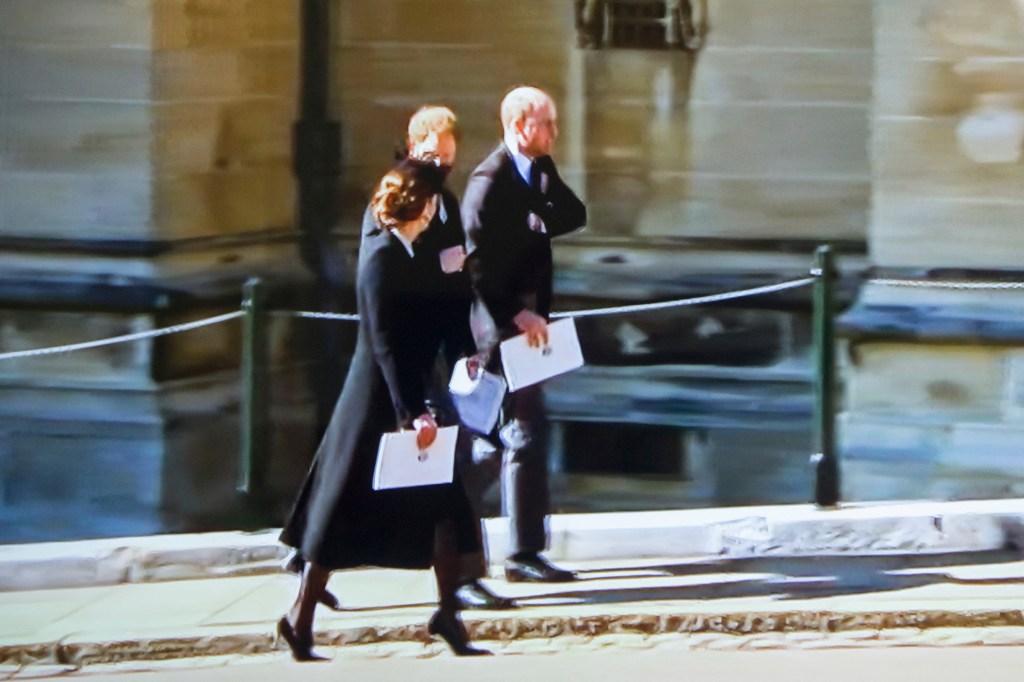 Prior to the funeral, the Duchess of Cambridge was given the burden by many royal experts of being referred to as the official “peacemaker” who would mediate between feuding brothers. While it’s no surprise that the responsibility of policing two grown men was placed onto a woman, we’re happy to see that Kate seemingly stepped back to let Harry and William have time on their own.

Prince Harry and Prince William have a lot of pain to move past in their relationship, but we’re happy to see that it looks like they’ve taken a step in the right direction for now. Most of all, it looks like the brothers might be on their way to being the united front we so hope they’ll be at Princess Diana’s statue unveiling in July.